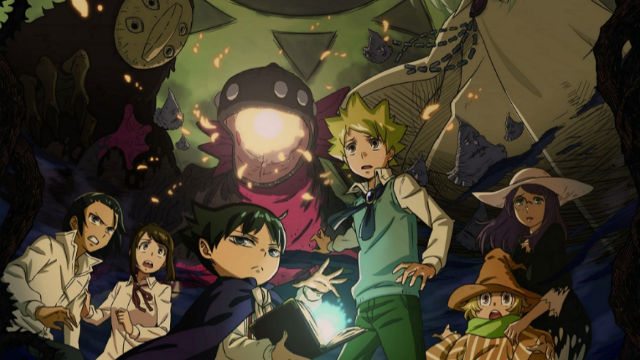 Premiering on Crunchyroll in a few short days, the cult classic manga Muhyo and Roji’s Bureau of Supernatural Investigation’s anime has gotten a brief preview to give hungry viewers just a taste of what they can look forward to. From the one-and-a-half minutes of footage, it looks like the anime will finally fill the crater-sized hole left after the manga’s conclusion.

The preview, while doing a splendid job of displaying how truly creepy and insane the series can be, also gives audiences a sense of the Muhyo and Roji’s wacky ensemble of characters. Right after reminding viewers that it has been ten long years since the end of the series, the preview launches into scenes of the truly unspeakable and disturbing before giving us our first animated look at our heroes and the various horrifying adventures that they will face.

Running from 2004 to 2008, Muhyo and Roji is a beloved manga that follows a duo of supernatural investigators who slowly begin to encounter spirits upon opening an investigation bureau. Being a graduate of the Magical Law School, and therefore a Magical Law Executor, Muhyo uses his magical law book to determine whether or not spirits will be sentenced to a millennium in heaven or hell. Summoning ghostly executioners and hellish demons, the two often find themselves in dire situations that can lead to hilarity but also tragic endings.

Muhyo and Roji’s Bureau of Supernatural Investigation airs on Aug. 8 on Crunchyroll with no end-date announced.