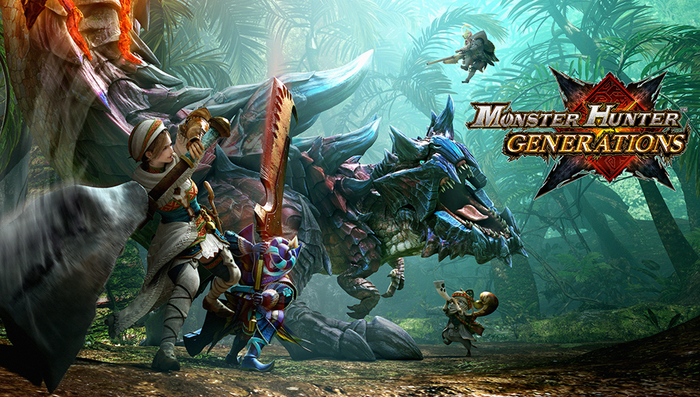 Capcom has announced (via Gematsu) that they will be releasing a demo for Monster Hunter Generations Ultimate on the Switch eShop on Aug 16. If you thought Monster Hunter: World had a large number of unique monsters, then think again. Generations Ultimate features the most monsters in the history of the franchise, making it an excellent package for fans of the series.

The localization of this game can be quite the confusion for the average person, but here’s the deal. Generations originally released on the 3DS internationally back in 2016. An enhanced version which featured new monsters and costumes also released on the 3DS and Nintendo Switch, but only in Japan, under the name Monster Hunter XX. Monster Hunter Generations Ultimate is the localized version of that upgraded edition, but the only thing is that it’s only coming to the Switch here in the west and not on the 3DS.

The demo will allow players to tackle three different monsters (Great Maccao, Barioth, and Valstrax) on their own or with friends via online multiplayer. You’ll also be able to try out six different weapon classes to prepare yourself for the full game.

Monster Hunter Generations Ultimate is coming out for the Switch on Aug 28 in North America and Europe.

New Humankind Video Is All About Shaping Your Legacy
To Top