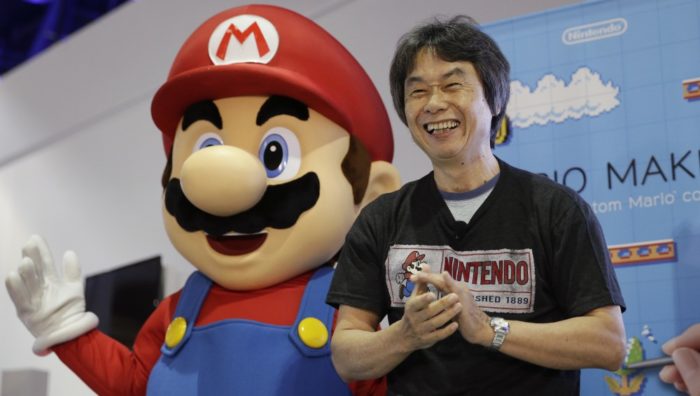 Yesterday, the 2018 Computer Entertainment Developers Conference took place in Yokohama, Japan. The main keynote speaker was industry veteran Shigeru Miyamoto, who opened up on a range of topics pertinent to gaming’s current landscape. He touched upon many topics in his hour-long speech, but his comments regarding Minecraft, smartphones, and MMOs were the most interesting.

Concerning smartphones, Miyamoto noted that with its advent came a whole new section of potential gamers. Jokingly, Miyamoto compared smartphones with the Nintendo DS, stating that “I said ‘The DS is already doing this’ before I could say ‘Steve Jobs is doing touch!'” His comments come as no surprise, with Nintendo making the most out of the smartphone market with titles such as Animal Crossing: Pocket Camp.

The most whimsical portion of the speech concerned Minecraft, a game Miyamoto “[regretted]” he did not make. He found the “incredible success of Minecraft [to be] amazing,” lamenting the fact the title had not been made in Japan.

Finally, the most interesting part of the speech concerned MMORPGs, a genre the journeyman has never touched. The development cycle of MMOs put Miyamoto off, with the developer finding the genre’s long-term commitment unsuitable to his work style. “A few years ago, when MMORPGs were coming into fashion, I didn’t want to make one,” he explained. “I don’t want to keep making one game.”

Speaking on the subscription-based models found in MMOs, Miyamoto got serious. In a speech that warned against the greed of the gaming industry, he stated: “It’s necessary for developers to learn to get along with” subscription-style services,” Miyamoto explained. “When seeking a partner for this, it’s important to find someone who understands the value of your software. Then customers will feel the value in your apps and software and develop a habit of paying money for them.”

Subscription services, then, are here to stay. To round off the speech, the industry great decided to talk about ideas, and where they come from. In typical Miyamoto fashion, his answer was humble: “Everyone is always thinking of ideas, but it’s whether or not they’re good ideas.” His advice to find “good ideas”, you ask? His answer is simply to relax. Thanks, Shigeru.