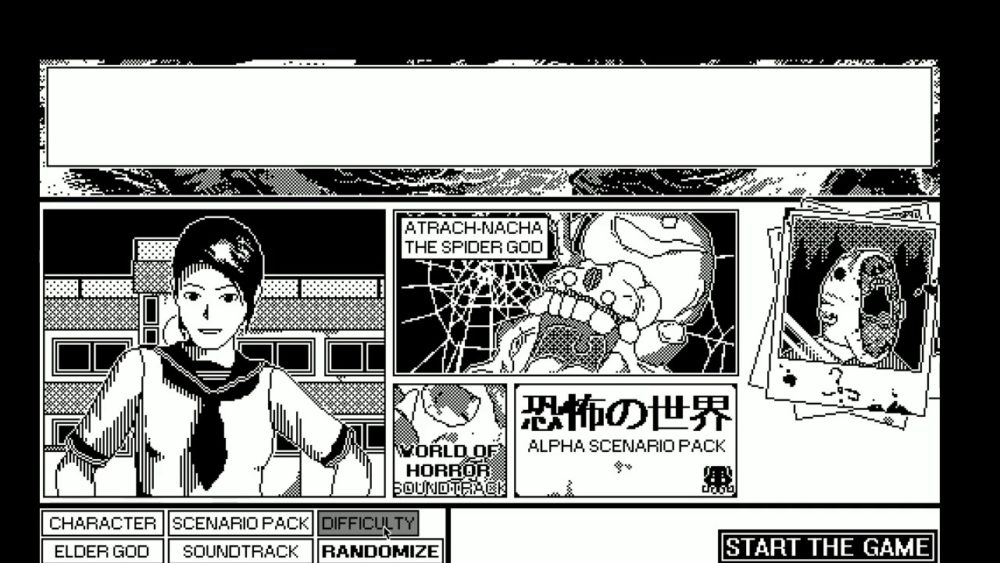 Ysbryd Games is bringing the intriguing World of Horror, the retro RPG styled after the works of Junji Ito and H.P. Lovecraft, to consoles and PC next year in 2019. It’s a wholly unique adventure that got its start originally on indie game platform Itch.io, and now it’s bringing its particular brand of unsettling gameplay to PlayStation 4, Nintendo Switch, and PC.

You’ll see the Old Gods awaken, with new bizarre “grotesque abominations” walking the landscape in a game where you rely on collectible event cards to guide you through the story. As you make your way through the impending apocalypse, you’ll meet up with some truly disgusting characters as well as some creepy imagery that’s all set in a monochromatic world. It’s a love letter to horror greats, and one of the coolest things you’ll see as a horror fan, especially if you enjoy the works of the aforementioned authors.

Panstasz is the mind behind the game, a studio founded by Pawel Kozminski, who set out to create a game that “illustrates just how vulnerable one’s sanity can be,” and it looks to certainly do just that. “I want WORLD OF HORROR to haunt players in a way that creates an uncomfortable sense of apprehension, something that slowly builds uneasiness and anxiety through atmosphere and the uncanny.”

Interested in seeing the game? There’s a version available right now online via Itch.io, and it’ll also be shown off at PAX West this year.