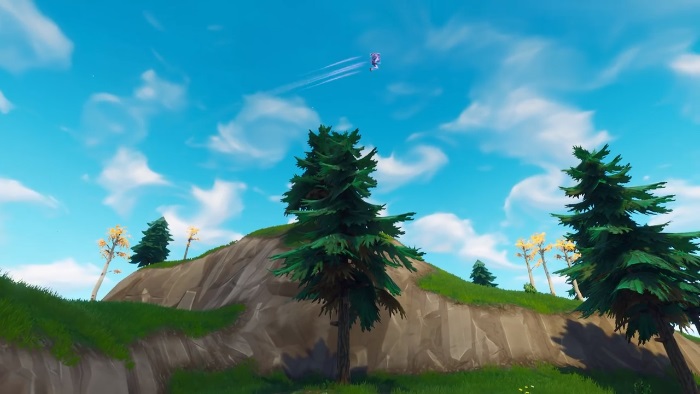 Fortnite’s latest content update added new items and more modes for both Battle Royale and Save the World components this morning.

The 5.3 content patch added a new type of grenade to Battle Royale called Shockwave Grenades. These grenades are a combination of Impulse Grenades, which knocks back any players a good distance who are hit by it, and Hop Rocks, the purple crystals removed with the 5.0 update that increases jump height and disables fall damage. The epic rarity of Shockwave Grenades also have the power to knock players through structures, though will not receive any fall damage. Check it out in action below.

The other change in Battle Royale from the update is the return of the Solid Gold limited-time mode. The mode only drops legendary weapons and items, and is available to play in solos and 50v50.

Save the World adds a fourth Weekly Horde Challenge with the modifier that enemies will not trigger traps when walking over them. Players who complete it the first time will be rewarded with a Legendary Redline Ramirez, then can repeat the mission for Event Tickets. The Event Store is also adding the Mythic Bladestorm Enforcer Ninja, using the same character model as the Battle Royale skin earned by completing seven weeks of Battle Pass weekly challenges, on Wednesday, Aug. 29.