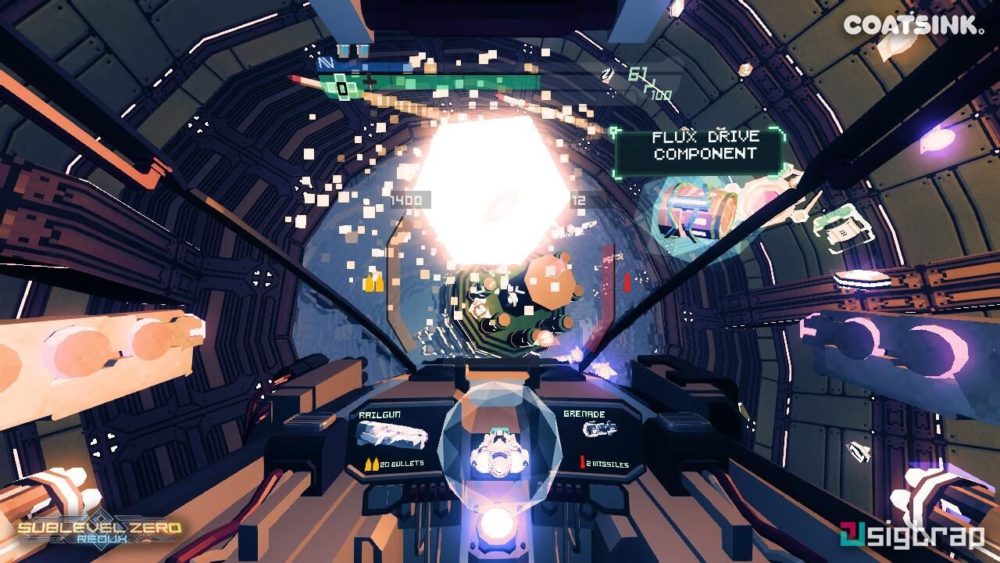 Publisher Coatsink today announced that Sublevel Zero Redux is coming to Nintendo Switch via the eShop later this year. The Roguelite shooter will feature gyroscopic controls, exclusive to the Switch version.

Developed by Sigtrap Games, Sublevel Zero Redux originally launched on PC back in 2015 to critical acclaim. Inspired by Descent, players take command of a gunship and battle their way through a procedurally generated underground facility in zero-gravity from a first-person perspective. There are no lives, no saves, and each run is different as you attempt to recover the technology to facilitate your escape.

Key features include a six-degrees-of-freedom design, allowing you to attack from any angle and rotate in all directions. The gameplay loop is very much shoot-and-loot, but there’s a crafting system that means you’ll not only collect a wide-range of randomly-generated weapons and items, but you can also fuse them together to upgrade your gunship according to your preferred playstyle.

‘The creation of SubLevel Zero Redux was inspired by gaming classics from my childhood such as Descent on PC and Forsaken on Nintendo N64. We’re thrilled to be bringing our homage to these games to the Nintendo Switch in collaboration with Coatsink,’ said Luke Thompson, Co-Founder of Sigtrap Games.

You can check out the original trailer for Sublevel Zero Redux below:

A firm release date for the game hasn’t been confirmed, but there will be a 10% discount during its launch window. We’ll keep you posted.