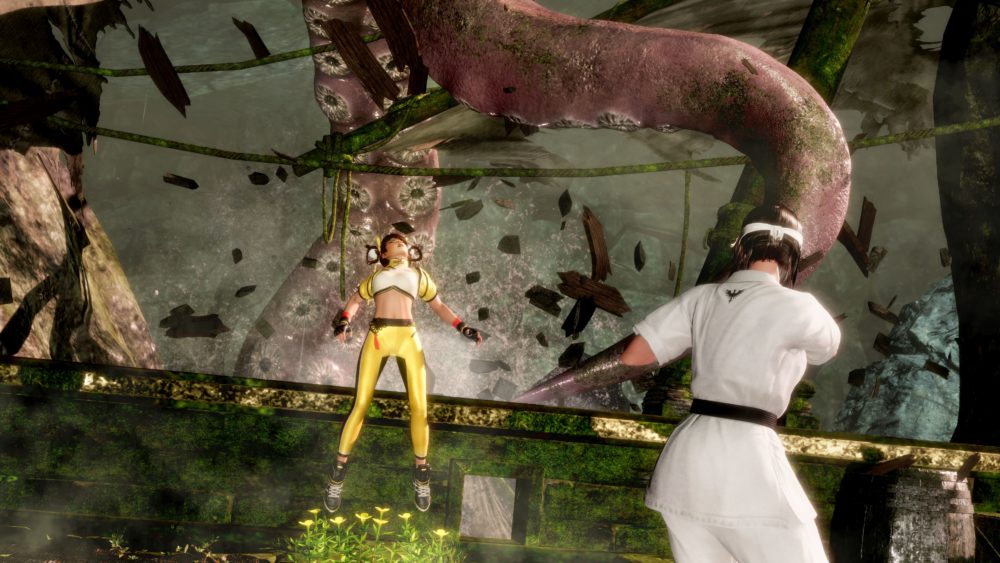 With Gamescom 2018 coming up on Aug. 21, Koei Tecmo and Team Ninja have officially revealed new footage of Dead or Alive veterans, Hitomi and Leifang, for Dead or Alive 6. Known as the Fist Of Innocence and the T’ai Chi Ch’uan prodigy, these characters bring two different playstyles to the table. Whereas Hitomi uses her speed, power, and long reach to achieve victory, Leifang returns with her various holds to effectively counter incoming attacks. As the trailer also reveals, Hitomi and Leifang will sport new character designs as they compete in the game’s DOA6 tournament. You can check out the gameplay trailer below:

The trailer also introduces a new stage for the game, which takes place on a derelict and burning ship. Expanding on Dead or Alive 5’s systems, there are all sorts of environmental interactions to witness here. Hidden traps are triggered, walls explode, and there’s even a giant octopus that swoops in on one of the characters!