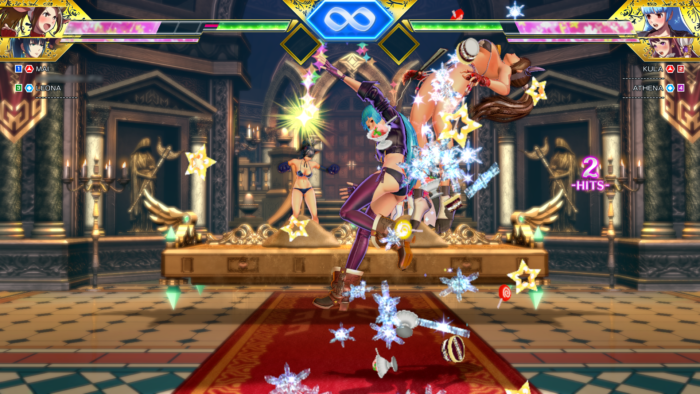 SNK Heroines: Tag Team Frenzy is an intriguing upcoming fighting game that takes a ton of characters from throughout SNK’s storied history of fighters and pits them against each other for knock-down, drag-out brawls. SNK has released a new video rife with 20 minutes of gameplay footage of the upcoming title, featuring a wide assortment of characters including Sawako Hats and the members of Goziline.

The game is targeting a Sept. 7 release in North America and Europe, and while it’s been pushed back a bit, hopefully that means extra polish went into its final form. It looks like a wealth of awesome combat and fun magical girl-based skills and abilities that fans will thrill to pull off while in-game.

Interested in seeing a little more of the fighter ahead of it’s official debut! Only about a month or so left to wait, but go ahead and check out the video below for an eyeful of the glitz and glam that this gorgeous feminine fighter has to offer. If you didn’t already pre-order via the NIS America store, unfortunately, you already missed out on the sweet “Fatal Cutie” hat that came with the special edition, and that’s a real bummer.