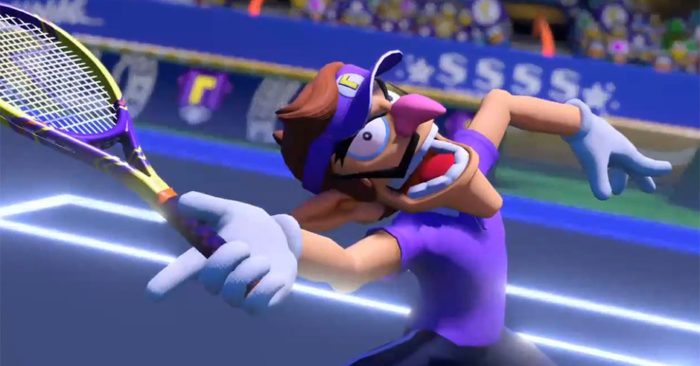 The purple plumber hasn’t had this much attention to paid to him, well, probably ever. Although initially ridiculed as a being a lazy counterpart to Luigi, Waluigi has ironically grown into a fan-favorite character. This, of course, reached a climax just a little over a month ago when Super Smash Bros. fans realized that Waluigi would be one of the few not invited to the Smash Ultimate party later this year. But hey, at least there’s Mario Tennis Aces right? If he has a “home” game, its Mario Tennis, and this a cosplayer/redditor by the name of pandaman27 fully embraced this in a recent cosplay.

Pandaman27 (who we think is also Alan Lopez based on the album he linked on) , sharedon r/Gaming a look at his Waluigi cosplay from Comic-Con, and his experience ordering it, and it could not be any more perfect.

According to Pandaman27, the racket ran him about $100, and to me, it’s worth every penny, especially if it’s actually functional, which it looks like it is to me.

I exclusively use Waluigi in Mario Tennis Aces because, you know what, that’s the only game he could possibly claim is his. If it were up to me, I’d change the name to Waluigi Tennis Aces. So I fully endorse Pandaman27’s cosplay and his commitment to the most memetacular member of the Super Mario bros. squad. Well done!