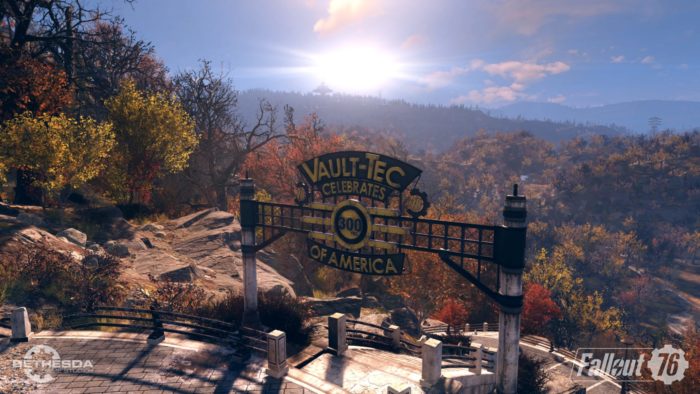 Speaking with German games outlet Gamestar, Director and Executive Producer of Bethesda Game Studios Todd Howard, went into some minor details about multiplayer in Fallout 5, and whether or not Fallout 76 will feature cross-play.

When asked whether or not future Bethesda Games Studios titles, such as Fallout 5, would feature online multiplayer, Todd Howard took a moment to alleviate player concerns.  “For those games, we want to keep them as single player.” Howard said. “That is what our focus is going to be. If they have some social aspect we haven’t designed yet, you’ll see. But we treat each of them each as their own thing.”

This will come as welcome news to many fans of BGS (Bethesda Game Studios) who were initially put off by Fallout 76’s announcement. For a studio known for it’s single player only adventures, this shift in direction certainly caused a bit of a stir amongst the community.  For the first time in the studio’s history, BGS will be venturing into the realm of “Always Online” where games like Destiny 2 and The Division have made ground.

Howard also took the time to explain just how Fallout 76 is an improvement on Fallout 4’s engine. “We wanted every aspect to be better.” Howard says. “From the graphics to how the controls work, the gunplay, enemy AI, overlapping quests.” Howard continues on with how hit detection has improved this time around and that many of the game’s alterations may even go unnoticed.

Touching on another sensitive subject, Gamestar had also questioned Howard on the possibility of cross-play functionality with Fallout 76. Howard explains that cross-play is not in works for the online title, and his reasoning may come as little to no surprise. “We would love to do that, but right now that’s not possible.” Howard said. “Sony isn’t being as helpful as we want them to be.”

This would not be the first time that a developer has called out Sony on its stance on cross-play. However, with recent statements made by Sony Interactive Entertainment’s President Shawn Layden, we could be seeing a shift soon.