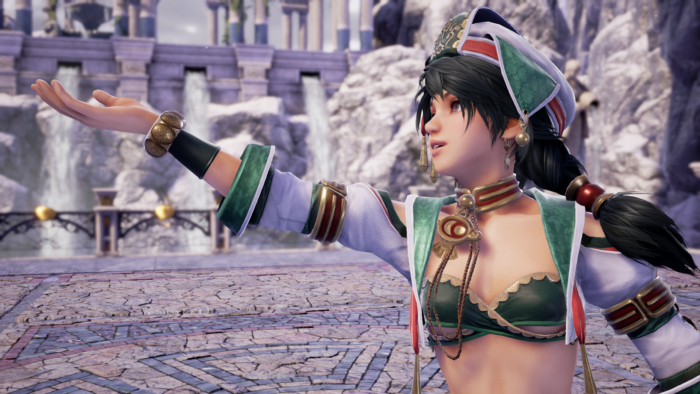 The Last Priestess of the Winds, Talim, is making her way into Soul Calibur VI this fall, Bandai Namco has announced. First appearing in Soul Calibur II, the elbow blade wielding fighter has gained popularity over the years for her unique move set and visual flare. Talim’s wind based attacks make her stand out from other fighters in the Soul Calibur roster, and she shows herself to be a fighter more suited for quick and nimble players. Bandai Namco has posted a quick trailer of Talim gameplay that highlights her specials and Reversal Edge, a new mechanic that allows players to counter their opponent’s attacks.

Talim is the granddaughter of a Filipino shaman who holds mastery over the wind element. Soul Calibur fans have formed a following for the character due to her lighthearted nature. Having been last seen in Soul Calibur VI, Talim had been on a quest to eliminate Soul Edge based on the visions she had received from a young boy.

Soul Calibur VI debuted to much surprise last December at The Game Awards. The series is honoring its roots this time around by including a variety of core characters from throughout the series, with most appearing in their prime. Geralt, of The Witcher series, had been announced as a guest character earlier this year, and it is rumored that we could see more if the history of Bandai Namco’s Tekken franchise is anything to go by.