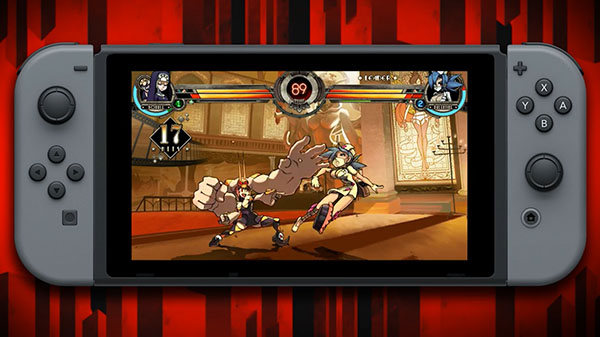 Lab Zero Games has unveiled the debut trailer for the brand new Nintendo Switch port of Skullgirls: Skullgirls 2nd Encore. The developer has confirmed that it will receive both physical and digital releases via Skybound Games, though there isn’t a concrete release date in the works just yet.

The frenetic 2D fighter features various different female fighters that pits everyone in a fierce battle against each other in a “Dark Deco” world. There are 14 different girls to choose from that you try playing as throughout an illustrated story mode with in-depth tutorials and more to experience. It’s certainly a unique fighter in terms of its character designs and hand-drawn aesthetic, so if you like games in the vein of DarkStalkers or Guilty Gear, there’s plenty to love about its cartoony aesthetic.

Don’t want to wait? You can try the game out on Playstation 4, PS Vita, and PC now ahead of its Switch debut, whenever that may be. It’s well worth trying out, just look at the action-packed trailer below if you need further convincing. It probably won’t take much, just look at it — it really does seem at home on the Switch.