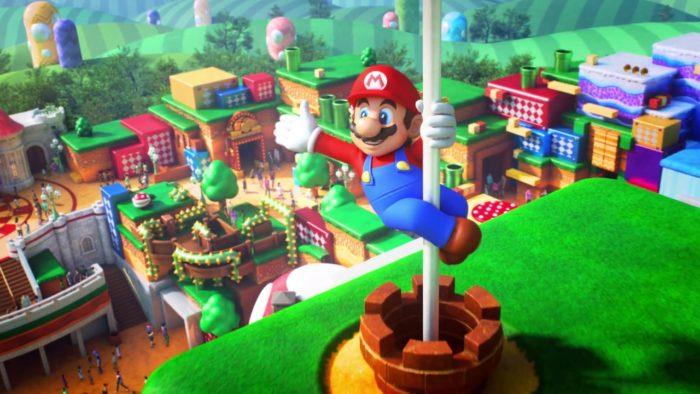 During its 78th Annual General Meeting of Shareholders, Nintendo provided an update on the state of its partnership with Universal Studios for Nintendo theme parks, since we’ve all been waiting with bated breath for when we can go to a park featuring our favorite Nintendo characters. According to the legendary Shigeru Miyamoto, who acts as a Representative Director and Fellow as part of the team, the first move for Nintendo is to begin by opening the Super Nintendo World area in Universal Studios Japan before the Tokyo Olympics in 2020, and then expand to Universal Studios in Hollywood and Orlando.

“We have licensed Nintendo IP and are working together with Universal Parks & Resorts and Universal Studios Japan on this collaborated project. We are also discussing a variety of other developments that would make active use of our IP,” said Miyamoto. He then went on to discuss “concerns” behind the original shareholder question, which sought to confirm of Nintendo was looking for some sort of “synergy” between the Nintendo attractions in the park and products currently out for sale.

“I think that we can expect to see synergies,” Miyamoto said. “A lot of people who are mothers and fathers today are from a generation that grew up playing Super Mario, and they are now playing products like Nintendo Labo together with their own children. There are a lot of families like this not just in Japan, but also around the world. When such families visit these theme parks to experience Nintendo’s worlds that have been carefully crafted and to interact with our characters, I think we can expect to see synergy with our dedicated video game platform business.”

Unfortunately, we won’t be able to experience the glory of something like a Nintendo-inspired theme park fo some time, but it’s good to hear that the project is continuing to move on swimmingly, nevertheless.