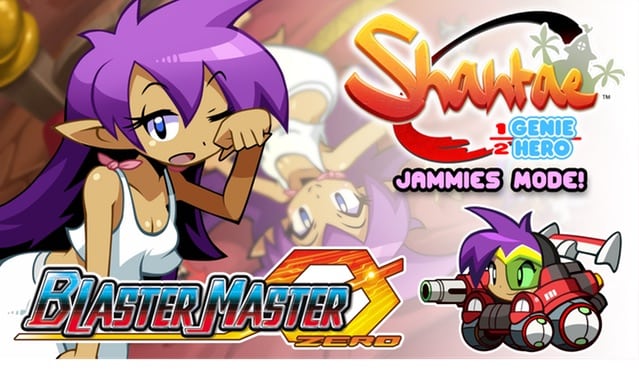 If you happen to follow the Kickstarter gaming scene, you may have noticed that Shantae: Half-Geno Hero has been hanging around for a long time now.

The campaign for funding was started by WayForward Technologies all the way back in September 2013, successfully passing and in fact doubling their target by the time it had ended the next month (amassing over $800,000 between Kickstarter and PayPal). It wasn’t until December 2016 that the project saw the light of day, releasing to favorable reviews on PC, PS4, Xbox One, PS Vita and Wii U, followed by a Switch version in June 2017.

What you may not have realized, however, is that that Kickstarter has still seen constant updates, particularly as the physical backer rewards have been slow to ship due to issues with manufacturing and customs. It’s been a journey to be sure, and as a final thank you, they revealed one last treat.

As part of a free update that also includes a Blaster Master Zero crossover, this new storyline sees Shantae travelling across Sequin Land in an effort to throw a big slumber party. Complete with pillow fighting and devastating sheep attacks, this looks to be the perfect send-off to a game that we almost literally saw grow before our eyes.

After that, maybe Shantae can finally get some well deserved shut-eye.