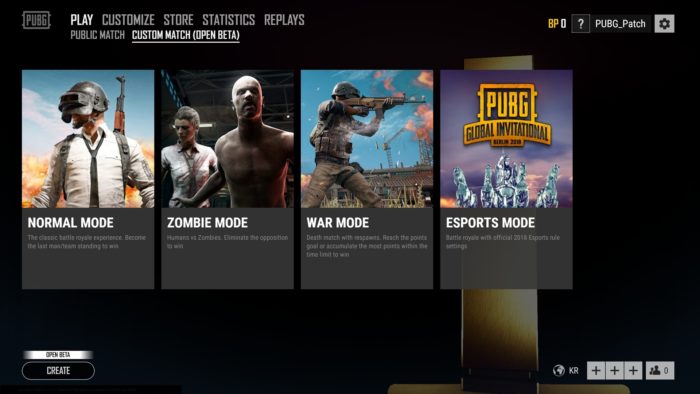 Players of the hugely popular battle royale game PlayerUnknown’s Battlegrounds (PUBG) have long been asking for the option to create custom matches, and it looks as though the feature is finally on the way. It was announced today that an Open Beta testing the custom matches is on the way, but with the caveat that it won’t necessarily remain free moving into full release.

The developer state in its update that “Creating custom matches won’t have an associated cost during this phase (beta),” but that might change in the future “due to the extremely large amount of resources required to allow custom games to be available to all players” and “to ensure everything runs smoothly and the system remains sustainable long-term.”

That sounds very much as though there’s likely to be a paywall of sorts introduced once a successful beta has been completed, though the developer is tight-lipped on what that will look like until a later date.

What we do know is that custom matches will allow players to tweak “every aspect of the game, from circle behavior, item/vehicle spawn rates, to loadouts and more.” This spans both public and private matches and you’ll even be able to customize War and Zombie Mode games.

We expect a huge influx of players wanting to experiment with the new mode, but they might struggle given that there’s a limit of 10,000 games running at any one time to “to ensure a stable service.” Even with those limitations in place, however, PUBG Corp warned players that instability and bugs should be expected —in other words, business as usual for PUBG.

The developer is looking for feedback in the comment section, so if you’re interested in testing the mode and want your voice heard, be sure to sound off.