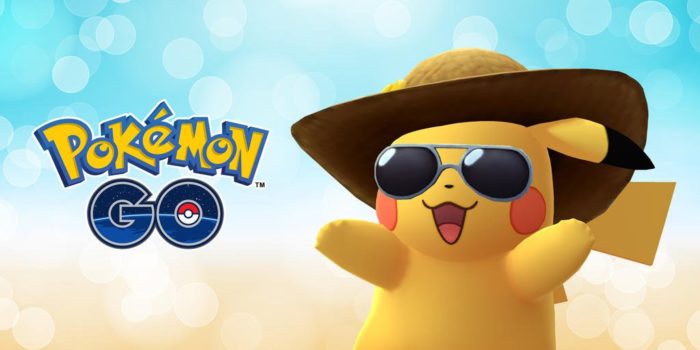 Pokemon GO trainers won’t be able to rest easy this summer with Niantic’s celebration of Pokemon GO’s second birthday. To celebrate, Pikachu and Pichu will appear much more frequently starting July 6 until July 31, and the Pokemon GO website promises that the mythical Pokemon Celebi will be available soon to players across the globe.

With many recent  rumors surfacing surrounding the Time Travel Pokemon, it was only a matter of time before Niantic officially confirmed that it will soon be making its way to Pokemon GO. This announcement falls in line with the massive amounts of updates Pokemon GO will be experiencing as the summer goes forward. The game’s website informs trainers that Celebi will be found through Special Research missions like most other mythical Pokemon.

Niantic also announced that players will be able to encounter a special “Summer Style” Pikachu throughout July. Spreading that summer-time feeling, this special Pikachu will come with a straw hat and sunglasses, and players that have a gold Pikachu Fan medal will be able to buy Pikachu Fan Avatar items. Much like the Pikachu fan characters have in the Pokemon games, these items will include Pikachu ears and and Pikachu-related wear.

Previously, Niantic also announced their Pokemon GO Safari Zone event for Yokosuka, Japan, which will feature Professor Willow’s Global Challenges that players can take part in around the world. Players at this event will be able to encounter Pokemon not commonly founding Japan like Tropius and Unknown. The Pokemon GO website also informs trainers of the next Pokemon GO Fest in Chicago, Illinois on July 14-15.

Expect to see the Summer Style Pikachu and Celebi in the near future, and be on the look out for further Pokemon GO summer events.