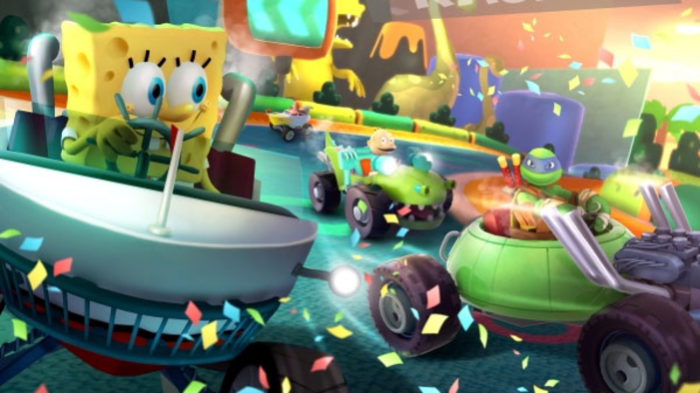 GameMill Entertainment has announced that Nickelodeon Kart Racers will be coming to PS4, Switch, and Xbox One this fall. The kart racer will feature iconic Nickelodeon characters from twelve different television series like Spongebob Squarepants, The Teenage Mutant Ninja Turtles, and Tommy from Rugrats.

Nickelodeon Kart Racers doesn’t seem to have any kind of online multiplayer components, but it will have four-player local competitive and cooperative racing on twenty-four tracks inspired by popular Nickelodeon shows. You’ll be racing through Bikini Bottom, Tommy Pickle’s house, Arnold’s high school, and the New York City sewers from TMNT.

Here’s the full list of features straight from GameMill Entertainment themselves:

A new multi-player console racing game, Nickelodeon Kart Racers! Select a racer from one of your favorite Nickelodeon series, including SpongeBob, Patrick, and Sandy from SpongeBob SquarePants, Leonardo, Raphael, Michelangelo, and Donatello from Teenage Mutant Ninja Turtles, Arnold and Helga from Hey Arnold!, and Angelica, Tommy, and Reptar from Rugrats. Race your friends in up to four-player local multiplayer or check out the Battle Arena for a variety of challenges.