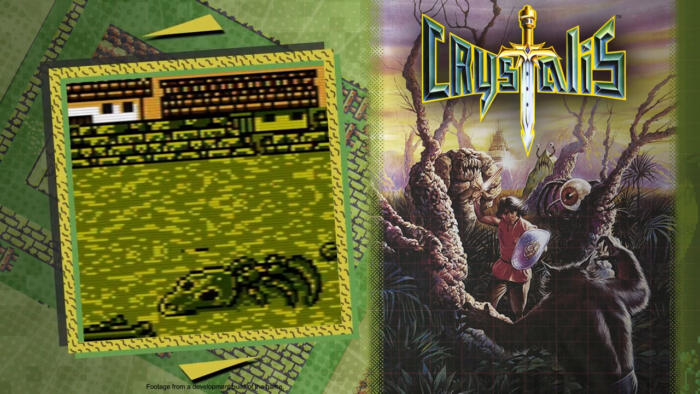 SNK has been showcasing several games from its upcoming SNK 40th Anniversary Collection coming to Nintendo Switch, and this time around the game Crystalis is enjoying some time in the spotlight. Its appearance in the Anniversary Collection will mark the first time it’s been available in 25 years, so this is a pretty important milestone for the game. The cult classic RPG/action-adventure title originally debuted on the NES back in 1990.

There’s a new trailer out that showcases a brief glimpse at the game, done up in a nice little retro style, reminiscent of a “coming soon” preview you might have seen on an old VHS tape. The upcoming release will feature a ton of classic games from SNK, and it’s coming to the Switch on Nov. 13. Included will be Psycho Soldier, Ikari Warriors, TNK 3, Guerrilla War, Vanguard, P.O.W., Athena, Alpha Mission, Ikari 3: The Rescue, and Street Smart, as well as a few other surprises.

There isn’t a complete listing of all the games that will make their way into the port just yet, but as it stands it certainly seems like it’s going to have a pretty decent selection, what with 13 different games in the finished version. What games would you like to see included most when the game makes its debut?