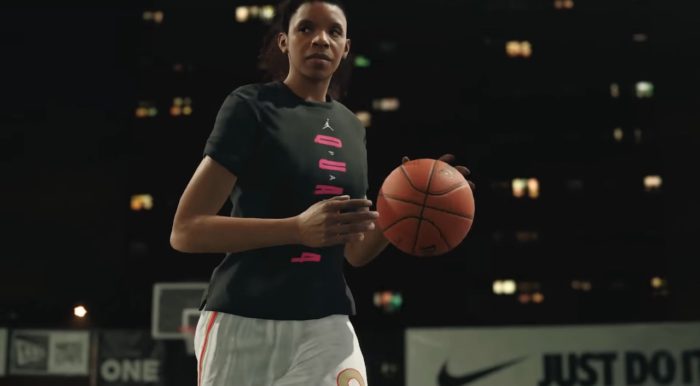 Though 2K Games holds a stranglehold on NBA video games that they are unlikely to wrest any time soon, EA Sports has been smartly trying to differentiate themselves from their rival instead of competing directly, and today, they took a huge step towards inclusiveness.

Teams from the WNBA made their debut in last year’s edition, and in NBA Live 19, female ballers are going to be added to the career mode as well. In the game’s single-player mode (dubbed “The One”), you will now be able to create a female character and play in inter-gender games amongst the fellas on the court.

Los Angeles Sparks’ dominant front court superstar Candace Parker was brought in to tell her story in the reveal trailer, and the juxtaposition between the gameplay footage and a genuinely pumped Parker is already getting people hyped. She reveals how mercurial 76ers legend Allen Iverson inspired her style with his indelible ball-handling skills and devil-may-care attitude (judging by her success, she is probably more receptive to practice, however).

It’s yet another bold move on the part of EA in their efforts to grab some of the spotlight from 2K, and for now at least, NBA Live 19 has gotten ballers of every gender buzzing.