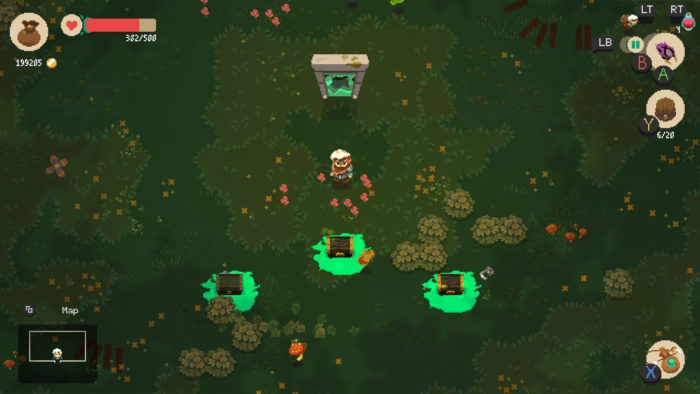 11-bit Studios and Digital Sun released Moonlighter for PC and consoles about a month ago, and it put players in charge of a shop during the day, and allowed them to go dungeon-crawling at night. The game’s core concept is centered around finding better valuables and resources in the dungeons, then selling them at higher prices in their shop. By gauging a customer’s reaction, you can decide if you should increase or decrease the price of an item.

Moonlighter has just received its first major update, and it should increase the longevity and replay value for current players.

‘The biggest change players will notice from the very start are the new room patterns — more than 100, in fact — giving everyone a greater variety of dungeons to explore. Featuring some deadly new threats lurking in the shadows, there’s no fear of boredom creeping into your Moonlighter adventures!

Alongside the new room patterns, we’ve listened very carefully to all the fantastic suggestions from our thriving community and added a special challenge for you! If you take the time to revisit a boss room after defeating the boss itself, well, you never know what kind of treasure may be awaiting your second coming.

Last, but certainly not least, we haven’t forgotten about aesthetics! Due to popular demand we’ve added some hot new FX for enchanted weapons and armor skins representing the world you’ve visited. Your gear will look better than ever as you parade around in the new hotness.’

You can check out the full patch notes here.

Moonlighter is now available for PS4, Xbox One, and PC.