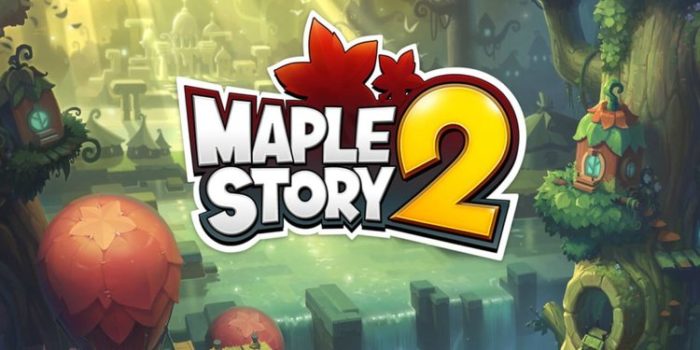 MapleStory was such a huge hit back when it launched around a decade ago, and the series is making a comeback with a sequel and a mobile spin-off. While the mobile title plays pretty much like the first game, the fully-fledged sequel switches things up by going fully 3D and essentially building a new MMO from the ground up. That being said, veterans in the series won’t feel completely left out with all of these changes, as MapleStory 2 does keep its core concepts and ideas close to heart amid this surprisingly interesting transition. I’ve spent a considerable amount of time with the beta, and it’s looking promising so far.

From the get-go, MapleStory 2 asks you to create your very own character that you will take on some grand quest. Apart from customizing their appearance, one of the most important decisions when starting the game is picking which class you want to play as. Currently, there are eight jobs to choose from (Knight, Wizard, Archer, Thief, Berserker, Priest, Heavy Gunner, and Assassin), and each come with their own unique traits, equipment, and abilities. As far as I can tell, they are all  self-sustainable and can pretty much wipe any enemy early on the game.

From then on, you’re thrust into a story scenario, depending on which class you chose, leading up to the events where you actually start your adventure set in the very same world as the first game. You can choose to follow the string of main quests that are waiting for you, or you can simply explore the vast world that MapleStory 2 has to offer. The game does include a large map that’s divided into different cubic sections you can warp to. By cubic, I mean that MapleStory 2 is all about cubes – from the house designs down to how maps are shaped. If anything, MapleStory 2’s 3D design is actually quite reminiscent of a smoother version of Minecraft with some Gaia Online mixed in for good measure.

The world is filled with NPCs, characters are bite-sized and use exaggerated anime expressions, while portraits are eye-catching with their use of vibrant, saturated colors. Even the enemies hardly look menacing despite their lofty, evil goals in the game. That being said, the overall game aims to be cute, retaining MapleStory’s original charm as an amazing MMO for kids and kids at heart. One particularly fun way to explore MapleStory 2 is using the different mounts you can buy in the Meret Shop. From cars to UFOs, you can get around the map on some pretty wacky vehicles.

As you continue your adventure through MapleStory 2, one driving force that will keep you attached to the game is the quest system. By talking to different NPCs, you’ll enlist in all sorts of different missions that really push you into exploring everything that the game has to offer. Needless to say, completing quests do offer some rewards, such as money and EXP.

One big nitpick that original MapleStory fans had was the really grindy process of leveling up your character. Thankfully, that isn’t the case anymore since quests offer just enough EXP to sustain your character. MapleStory 2 seems to be taking cues from other MMOs and has streamlined progression, making it easier for people to actually experience the game instead of repeating the same monotonous task. Grinding is still a possible option, yes, but those who love taking on side quests won’t have to fight enemy mobs for hours on end to level up in MapleStory 2.

On that note, combat in MapleStory 2 is still pretty much done in the same vein as the original game. You have your standard attack, which is all well and good, but you will be relying heavily on your skills to defeat enemies. These abilities depend on what class you are using, and it’s also worth noting that there is an SP bar you have to keep an eye on during fights. Generally, characters such as Knights and Berserkers will want to get up close to their enemies while Bishops and Wizards will usually want to maintain their distance. As a Bishop myself, combat in MapleStory 2 was more about running to the far reached of the map and spamming skills whenever enemies went in too close for comfort. It was pretty much a rinse and repeat process until the enemies eventually kicked the bucket.

So far, MapleStory 2 is shaping up to be a worthy successor to the original game. Despite the sudden transition to 3D, the game still tries to make the most of what it learned from its predecessor and builds upon it with better ideas and modern concepts. Not to mention that MapleStory 2 is incredibly kid-friendly and pretty much a great way to relax after a long day. While the game still lacks an official release date, MMO fans and veterans of the series should definitely keep this game on their radar.