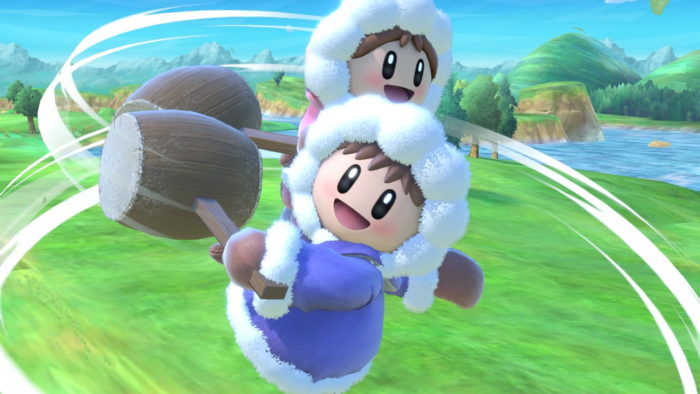 It seems that those newcomers will not be the only characters getting the amiibo treatment, as Nintendo has confirmed via the Japanese website that all veteran fighters that skipped out on the Wii U and 3DS entries will also be receiving their own amiibo figures. Seeing as one of Super Smash Bros. Ultimate’s biggest features is that every character in the series’ history is returning, that means that every character in Smash history will eventually have an amiibo.

The website specifically names Ice Climbers and Pichu but goes on to explain that every veteran who doesn’t already have an amiibo will be getting one in the future. This also includes Young Link, Snake, Pokemon Trainer, and Wolf. It’s not currently known whether Pokemon Trainer will be receiving a single amiibo or three separate amiibo for each of the three Pokemon that make up the fighter – Squirtle, Ivysaur and Charizard.

When an amiibo is used with Super Smash Bros., they join the fight as an FP (figure player). You can fight against or alongside them to make them stronger. All previous Smash Bros. amiibo or any amiibo figure of a character in the Smash Bros. roster can be used in Ultimate.