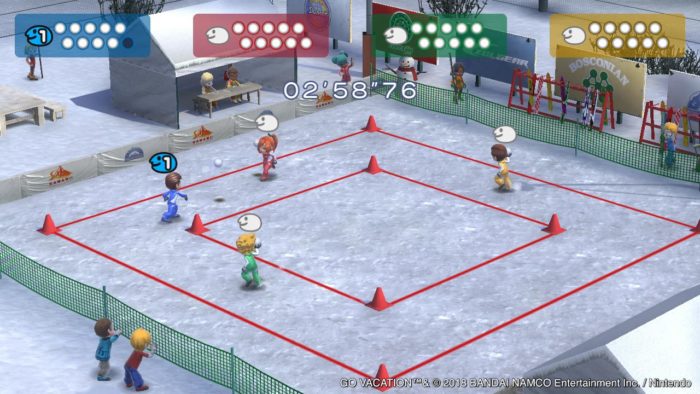 Back in 2011, Bandai Namco Games (then Namco Bandai) put together a Wii title called Go Vacation. It was a sequel of sorts to games like We Ski and We Ski & Snowboard. Now, in 2018, it’s getting a new lease on life on the Nintendo Switch, with an HD port coming to the system this month.

Go Vacation lets players explore four different paradise resorts hosted on the massive Kawaii Island, where there are 50 different activities to take part in, including ice fishing, scuba diving, mini golf, tennis, and even building snowmen. There’s a big variety of things to do in-game, and it will be a boon for the Switch, especially considering how the system is such a hit for party games and other multiplayer titles.

The Switch version launches on July 27, and while the game didn’t garner much positive critical success when it first debuted, it looks like the second time may be the charm, especially given the Switch’s propensity to breathe new life even into games that didn’t find proper footing during their first brush with official releases.

If you’re interested in what the game has to offer, check it out below and give it a try when it hits store shelves later this month.