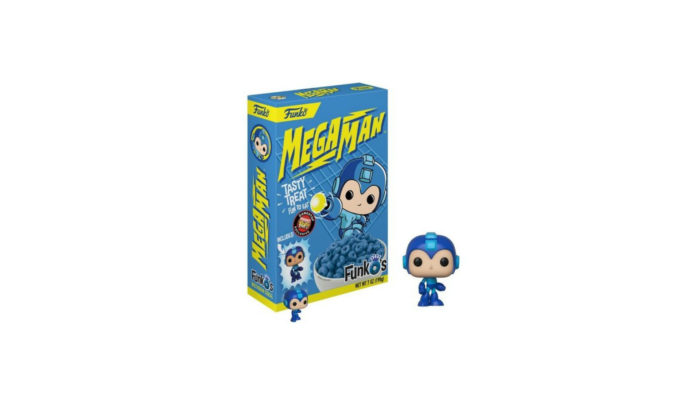 Funko, the widely-known makers of pop culture products, is bringing cereal into its swath of collectibles. Included among the six introductory cereals are two gaming branded types: Cuphead & Mugman, and Mega Man. Both will come in snazzy boxes, with Cuphead, Mugman, and Mega Man all firing off their extremity-based firearms. All boxes of the multigrain cereals proclaim, “tasty treat, fun to eat.”

Launching sometime this month, Mega Man FunkO’s will be available exclusively at Gamestop, and be frighteningly blue. Alternately, Cuphead & Mugman FunkO’s will only be found at Hot Topic, and will be their seemingly standard red-orange. Funko guarantees each will turn your milk a different amazing color.

The characters on the box resemble their big-headed Pop! versions, from the wildly popular line of vinyl figures. Indeed, each box comes with a collectible prize: a figure of the character themselves. The figures appear to be smaller than your standard Pop! collectible. Although he’s mentioned alongside Cuphead on the box, there’s been no mention of a Mugman figure being in the cereal, unfortunately.

Alongside the two video game franchises getting ‘cerealised,’ the company also announced Nightmare on Elm Street’s Freddy Kruger, Friday the 13th’s Jason, Lord of the Rings’ Gollum, and Freddy Funko will join them sometime this month.

Funko says more cereals of your favorite pop culture characters will be added to its line throughout the year.