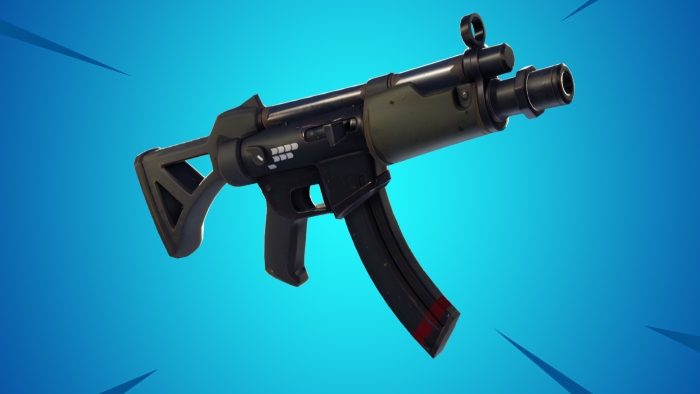 The 5.0 content update for Epic Games’ Fortnite released earlier today, adding and removing specific weapons from Battle Royale and Save the World modes.

The submachine gun returns to Battle Royale after being vaulted last February in the 2.5 update. In the same patch, the tactical SMG received an increased magazine size and firing rate. The change was most likely made to compensate for the vaulted weapon and create a difference between the tactical and suppressed SMGs.

According to the patch notes, the tactical SMG has been vaulted alongside the addition of the submachine gun. The newly improved submachine gun can be found in common, uncommon, and rare variants with a 30 round magazine. The semi-auto sniper also received a slight damage increase in the update today.

The Save the World mode only added one new weapon in the patch, the Typewriter Assault Rifle. According to the notes, the weapon was described as a “mid-range assault weapon with a high capacity magazine and a lateral kick.” It will be available in the Weekly Store for one week on Wednesday, July 18 until July 25.

Epic Games is also discounting the Save the World mode at 50% off until July 30. The game launched into paid early access in July 2017, though the studio has planned to make it free-to-play sometime in 2018.