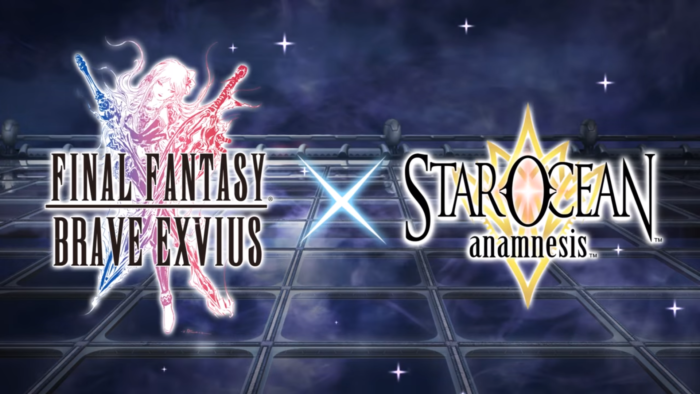 Plenty of mobile games these days revolve around a “gacha” mechanic that doles out random rewards of varying rarities, usually popular and recognizable characters. Think loot boxes but slightly more acceptable since they are in free-to-play games on your smartphone. While many gamers criticize this system, it is the perfect excuse for developers to include characters from different properties. Then again, Square Enix doesn’t exactly need an excuse to create a crossover event between two of its own games.

Odds are you’ve heard about the mobile game Final Fantasy Brave Exvius. It’s Square Enix’s little love letter to the Final Fantasy franchise that actually plays like a Final Fantasy game and stars plenty of famous faces (and an overwhelming plethora of obscure characters even die hard fans probably don’t recognize) from the franchise. Lately, the game has included a number of other Square Enix properties. Well, the popular ones, anyway. Characters from Just Cause 3, Tomb Raider, NieR: Automata, Dragon Quest, and King’s Knight have battled Couerls, Marlboros, and other iconic monsters alongside classic Final Fantasy heroes like Zidane Tribal and Cloud Strife. And villains such as Kefka Palazzo and Exdeath, because who wouldn’t want to control a magical Suicide Squad featuring a nihilistic clown and a world-devouring tree? I would not be surprised if Sora from Kingdom Hearts, Adam Jensen from Deus Ex, and Raziel from Legacy of Kain eventually join the fray, but I’m getting off topic.

Starting today, Final Fantasy Brave Exvius players around the globe will be able to summon five characters from Square Enix’s science-fantasy RPG franchise Star Ocean. According to the press release, two of the characters, Fayt and Rena, were already available in the game for Japanese players only, but now they’re “enhanced and upgraded” and freely available for any and all players. By freely available, I mean you have to get lucky with the  Final Fantasy Brave Exvius gacha summon system. The same applies to the characters Fidel, Roddick, and Reimi. You know what they say: gacha collect ’em all.

Technically speaking, this crossover isn’t a collaboration with the Star Ocean franchise in general but instead Square Enix’s latest mobile game Star Ocean: Anamnesis. The game, like Final Fantasy Brave Exvius, is a celebration of its respective franchise and features a large cast of characters from Star Ocean’s history. And yes, they too are only obtainable via a randam gacha summon system. We don’t know if Final Fantasy characters will appear in Anamnesis, but here’s hoping.

The Final Fantasy: Brave Exvius x Star Ocean: Anamnesis collaboration will only last until August 9th. If you want to get all five characters, you better hurry because they’re as fleeting as a shooting star.