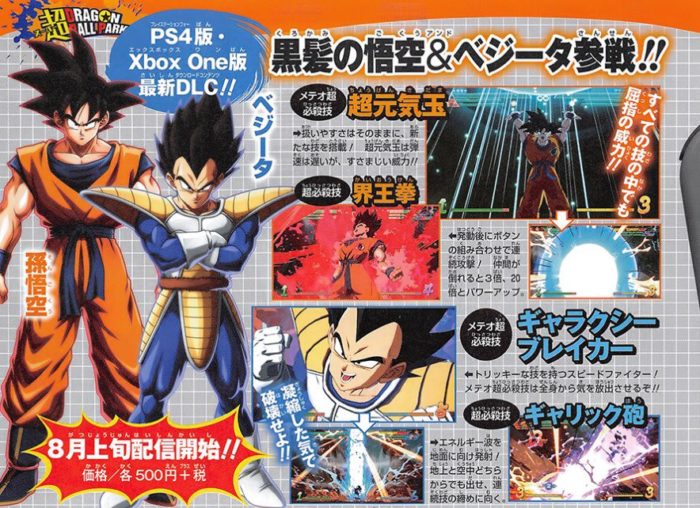 Great news for anyone that wanted a more classic feel to their Dragon Ball FighterZ experience, Bandai Namco has announced that their next DLC characters will be the base Goku and Vegeta from the early arcs of Dragon Ball Z. The DLC will be released some time in early August for 500 yen (~$5) each.

Base-Vegeta’s attacks will include the Galaxy Breaker. With this attack, Vegeta will emit energy that radiates around his entire body. Another announced attack is the Galick Gun super-special, in which huge amounts of energy can be fired towards the ground. This attack will also be possible to fire from mid-air.

Base-Goku on the other hand will have the ability to access his Kaioken form. In this form, Goku will be able to perform consecutive attacks based on specific button combinations quickly. When an allied character is defeated the Kaioken can be scaled to Kaioken times 3 and Kaioken times 20. Goku will also have access to a Super Spirit Bomb which is said to be an extremely powerful attack, however the charge time to use it will be extremely long.

Dragon Ball FighterZ is currently available on PS4, Xbox One, and PC with a Switch release on the way for September of 2018.