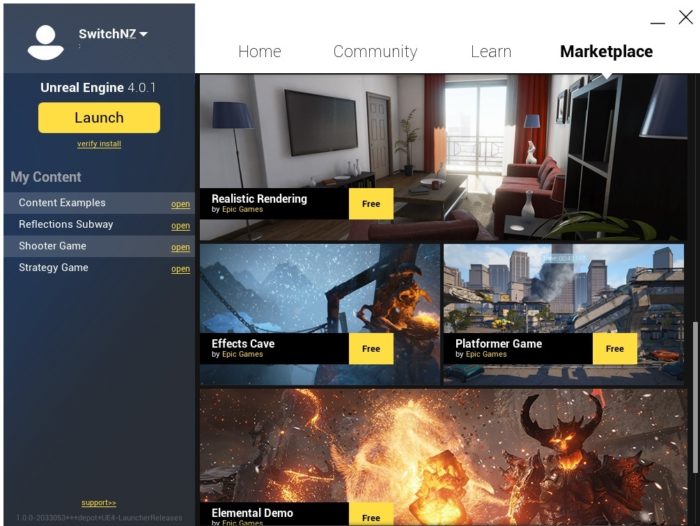 Epic Games has announced that there will be a huge change to their revenue sharing with sellers on their online store, the Unreal Engine Marketplace. Whereas formerly sellers would receive the industry standard 70% / 30% split income with Epic, they will now be receiving 88% of revenue gained from product sales. Not only will this apply to all new sales, Epic is paying out all Marketplace sellers retroactively at this new rate dating back to the store’s launch in 2014.

“The new revenue split is amazing, and retroactively paying this back is not only generous, it’s just down right magnificent,”

The Unreal Engine Marketplace is a storefront for game artists and developers alike to sell assets for use within other projects using Unreal Engine. Some notable heavy hitters using assets from the store include ARK: Survival Evolved and PlayerUnknown’s Battlegrounds.

Epic’s founder and CEO Tim Sweeney had this to say:

“Thanks to both the Marketplace’s growth and the success of Fortnite, Epic now conducts a huge volume of digital commerce, the resulting economies of scale enable us to pass the savings along to the Unreal Engine Marketplace community, while also making a healthy profit for Epic.”

Not only has Fortnite helped Epic grow their business, it seems that this increased interest in Unreal Engine games has seen an increase in many aspects of the Unreal Engine Marketplace as well. As of July 2018, there are now more than 6.3 million users choosing to develop in UE4, more than 1 million more users since March. There has also been a 30% growth in active sellers on the marketplace over the first half of this year.

Some developers from within the Unreal Engine Marketplace community have also provided statements detailing their opinions on the revenue sharing changes.

“This is unreal. It’s a really wonderful day for all people using the Unreal Engine Marketplace. Now all involved artists, modelers, animators, programmers and other Unreal developers will be a bit happier, find it easier to live and invest more in their own dream projects and make more high-quality assets and plugins for others,” said Dmitry Smirnov of VEA Games.

In the end, this change has been widely well received and really highlights how a company such as Epic, which has achieved exponential growth, is able to share their success with their extended community. If nothing else, the move should encourage more developers to use the growing marketplace which is a win-win for everyone.