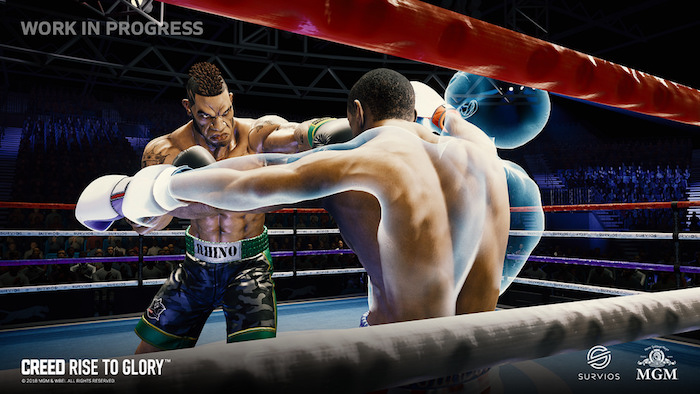 Professional boxers will have an edge when playing Creed: Rise to Glory, as the VR game is designed to make players perform the right boxing techniques, from using the right boxing stance to throwing proper punches.

In an interview with VR Conduit, Survios engineering lead Eugene Elkin said first time players will be unable to play as efficiently as professional boxers due to a number of factors. One of this is trying to stay light on your feet while in a boxing stance, and moving around while trying to dodge punches. “A lot of first time players can’t do that,” said Elkin. “But boxers will get in there and they will do it right away.”

Luckily, Elkin says that first time players will eventually get to learn proper boxing techniques as they keep practicing. “What’s interesting when you watch people play that are not boxers, eventually they figure out the right techniques, something a boxer does. They’ll get on the right stance, but they’re not locking or clenching their feet. They’re starting to jab and take their time, and really look for the windows of opportunity.”

Aside from proper boxing techniques, players will also have to learn how to throw proper punches, with the game tracking not only the direction of your arms but also how hard you swing them. This means you can’t punch carelessly if you want to win matches. “We’re tracking your velocity, the distance travelled, the direction of your fist compared to the velocity vector. Everything matters,” stated Elkin. He adds, “And as you keep playing you realize the little things that make it a more efficient punch, and you naturally start doing speed, velocity, and a hardy punch absolutely matters in this game.”

While all of Ekin’s statements make Creed: Rise to Glory sound like an exhausting game, it will have a stamina meter in place to prevent players from feeling burned out from a single play session. “Different people will have a different level of how much exertion they put into it, and that’s actually part of the reason why we have a stamina meter. To kind of equal out the playing ground for most people.”

Based on the Creed universe but isn’t necessarily directly tied to the movies starring Michael B. Jordan, Creed: Rise to Glory launches on PSVR and PC VR platforms this fall 2018. The game is being developed by the team behind Raw Data and Sprint Vector.