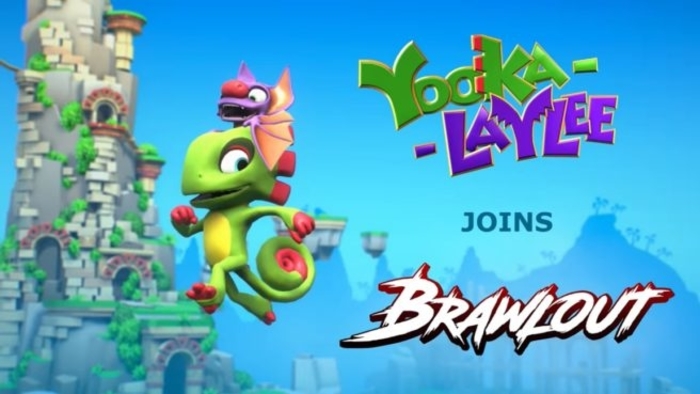 Angry Mob Games has announced that Yooka and Laylee from Playtonic’s 3D platformer will be entering the roster in Brawlout, the developer’s party fighter that plays moderately similar to Super Smash Bros. The duo aren’t the only indie characters to be part of the party, as Juan from Guacamelee and Hyper Light Drifter are also playable. Angry Mob Games released a brand-new trailer today to reveal the new fighter and to also announce the release date for the PS4 version, which you can check out below:

Yooka and Laylee can use their Lizard Leap attack to bring opponents up into the air to then smash them into the ground with a Buddy Slam like nobody’s business; Yooka can also slurp up enemy projectiles with his tongue and shoot em’ right back at other fighters. As a new fighter, there are tons of different combat options for you to explore and try out online against other players.

The developer has also stated that Brawlout has done “extremely well” on the Nintendo Switch, with over 150,000 players since release back in December.

Brawlout is currently available on PC and Switch, with the PS4 version slated to release on Aug 21. If you decide to pre-order the PS4 version now, you can snatch up some special costumes for your fighters.