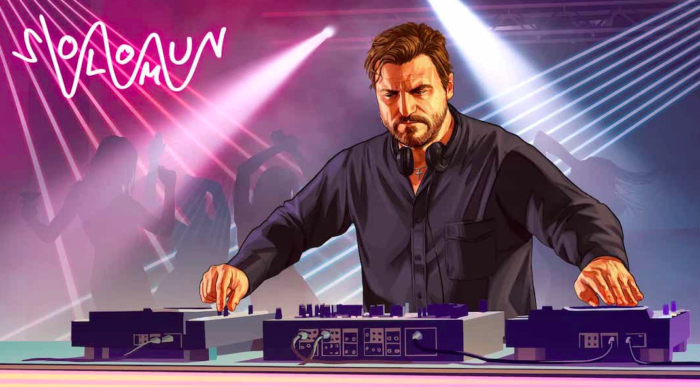 GTA Online’s After Hours released last week and marked the return of Gay Tony of GTA IV fame, a new radio station, lots of new roleplay mechanics built around the theme of nightlife, and of course, new vehicles. Real-life DJs are making debuts in-game, and as of last week that includes DJ Solomun.

The appearance has now been punctuated with the release of a new music video directed by Rockstar starring DJ Solomun’s in-game persona and features his new debut single, Customer Is King. The video sees the DJ check in on some of the iconic characters and moments from GTA V as he runs deliveries out. Check it out below.

It’s the first time Rockstar has debuted music in Grand Theft Auto V before which is a bit surprising to hear considering how popular the in-game music stations are, and the longevity GTA Online has enjoyed now coming up on nearly five years since its release back in 2013 for last-gen consoles.

The After Hours update will continue to feature DJs through late July and early August. The Tale of Us is tomorrow July 31, Dixon is on Aug. 7, and The Black Madonna will appear on Aug 14.