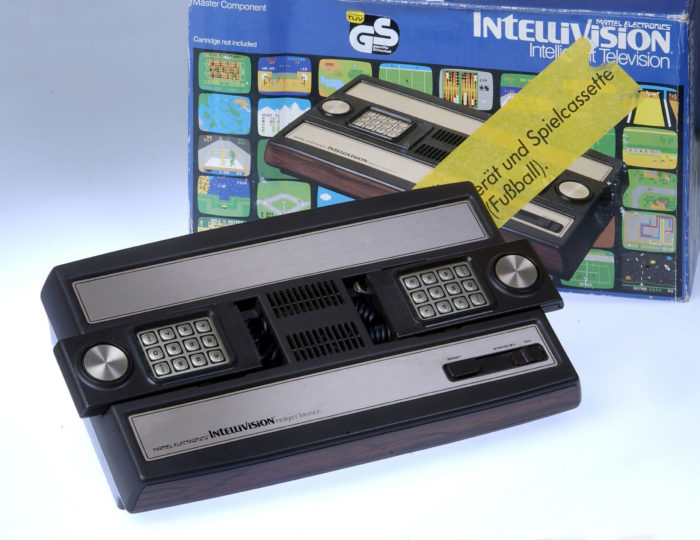 Video Games Live composer Tommy Tallarico joined Intellivision in a bid to assist the company with the revival of the classic system, and now we’re just hearing a few details surrounding the system. Thanks to a Facebook Live Q&A, we’ve learned via ResetEra user Dancrane212 that it’s going to have some very unconventional methods, at least according to Tallarico.

During the Q&A session, several details were up for discussion about the upcoming product, minus information about specific hardware details, as those are currently scheduled to release on October 1. Some of them were interesting, to say the least.

The console, which has apparently been in the planning stages for years, will feature online and wi-fi capabilities with a digital store, online leaderboards, and 20-50 new games on the online store at launch. It will include as many old school Intellivision games as they can, which may mean about 60 to 80 as well, but old games will not be the focus, as this will not be cosidered a “flashback” console. At the same time, it’s not trying to compete with existing consoles out on the market, either.

With that said, it will include at least 7 new games or updates of classic Intellivision games for free, with new aesthetics and audio, but similar gameplay. In this way, it’s aiming to get at the “games for everyone” crowd, as well as the homebrew community.

But oddly enough there won’t be support for things like Netflix or DLC. Tallarico has stated that the game must be “at least a 7 out of 10 or higher.” It’s unclear at this point how any of this will be measured, but one thing’s for sure — it’s going to be an interesting project, especially if it must adhere to the rules Tommy has set out for it.