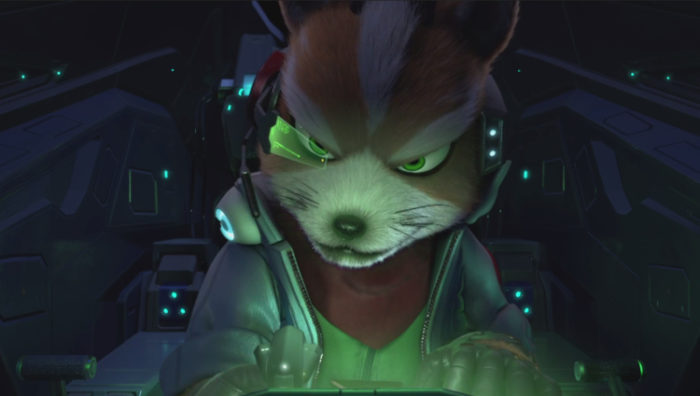 During Ubisoft’s E3 2018 press conference, a new trailer was shown for the action-adventure title, Starlink: Battle for Atlas, which features optional toys-to-life elements. It was revealed that Nintendo’s own Star Fox will be joining the game as a playable character and there will also be exclusive add-on Star Wolf missions for you to play through, but only for the Nintendo Switch version.

This isn’t the first time that Ubisoft and Nintendo have teamed up. Just last year, Ubisoft managed to get their hands on the Mario characters to make Mario + Rabbids, a turn-based strategy time that featured the Raving Rabbids. The game ended up becoming one of the top third-party games to come out on the Switch, so it’s no surprise that these two big publishers are joining forces once again.

You can check out the trailer that features Star Fox right here as well as a synopsis for Starlink: Battle for Atlas:

“In Starlink: Battle for Atlas, you’re part of a group of heroic interstellar pilots, dedicated to saving the Atlas star system from the Forgotten Legion, an evil robot force. Starlink: Battle for Atlas offers a whole new gameplay experience: build your own modular Starship model, mount it on your controller, and take part in epic space combats. Equip your model with different parts and your Starship changes in game in real time. Assemble your fleet, mix and match your pilots, Starships and weapons to create your own play style and defeat the enemy.”

Starlink: Battle for Atlas is scheduled to launch on Oct. 16 for PS4, Xbox One, PC, and the Nintendo Switch.