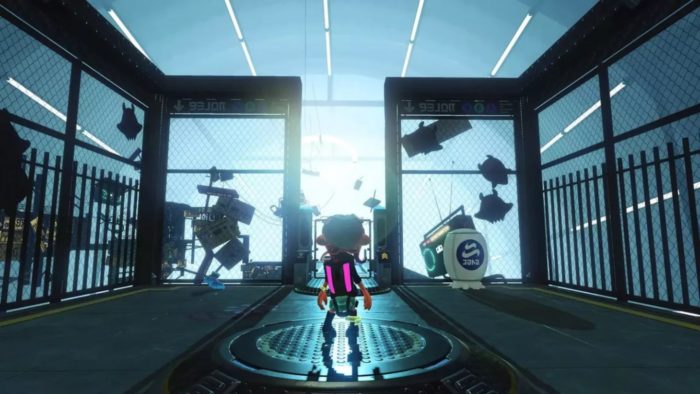 In Japan, tsukin jigoku is a very real problem. Loosely translated as “commuter hell” or “metro hell,” we’ve all seen images of Tokyo’s packed subway trains on the internet. The overcrowding problem is so severe that commuters have literally taken to referring to the subway as “hell,” and with games like Persona 5 even taking the extra step to use the underground subway as an allegory for purgatory in modern-day Tokyo, it’s not hard to see why. Splatoon 2’s take on the subway situation is a little less literal.

The Octo Expansion is the first ever paid DLC that’s been released for the series, and it’s a substantial one. Featuring 80 levels, a deeper dive into the Splatoon lore, hard bosses, and a new Octoling skin for multiplayer, there’s a lot of content to sink into here. The Octo Expansion puts you in the tentacled boots of an Octoling called Agent 8. Unlike the other Octarian enemies you’ve been fighting as an Inkling, however, this particular Octoling isn’t evil. They’ve lost their memory, with no clue as to how they’ve ended up in an abandoned subway, and they’re tasked with finding four thangs (no, this isn’t a typo) so that they can reach the “promised land.”

When I reviewed Splatoon 2, I found the single-player campaign to be a bit of a drag. It was a series of simple challenges that really only served as a glorified tutorial for the main course: the online multiplayer. It also ran on for too long, and didn’t really offer much in the way of challenge or difficulty. The Octo Expansion is a whole different ballgame.

The expansion gives you access to 80 different levels, but thankfully, you don’t have to beat all of them to complete the campaign. Your Octoling can select various stations on the metro map, and choose the most efficient path to the four different thangs, beat the final boss, and complete the story stuff. The rest of the levels are optional, and playing through the expansion solely for the story should take you around five hours or so, depending on how well you do.

The real challenge here comes from the preset loadouts in each level. For every station you visit, you’ll have to pay an entry fee of 100 (tougher challenges demand more points) CQ points at the turnstile, and then use whatever weapons or loadouts the game has planned for you. Most challenges are timed as well, with one tasking you to reach the end of an obstacle course by rolling through it with the Baller. Other challenges require you to take down enemy Octolings with set weapons. In each challenge, you’re allowed three lives. Die three times, and you’ll have to restart the level and pay the entry fee again. This means that the challenges in the Octo Expansion can get rather grueling. The aforementioned Baller challenge is particularly trying, especially for players who aren’t exactly skilled at pulling off timed precision jumps like myself.

Rather surprisingly, I also found that the challenges never felt repetitive or stale, like they could in the original Splatoon 2 campaign. The sheer variety of challenges and objectives presented to you in the whopping 80 missions were frankly quite staggering, and it was always exciting to see what the game had in store for me next. One level required me to snipe enemies who were perched on top of rotating platforms, while another tasked me with taking down waves of enemies while also making sure I wasn’t accidentally destroying the wooden crates below me, causing my Octoling to plummet to her death. The challenges all have a puzzle element to them, and it’s up to you to figure out the optimal or most efficient way of dealing with enemies while navigating your way through the obstacles.

Octo Expansion’s challenges never felt unbeatable or too overwhelming, save for the final bosses. Without going into spoiler territory, one of the expansion’s final bosses was almost akin to going up against an opponent with every single skill and special available to them, while your little Octoling was only equipped with a measly pea shooter. Death will come frequently in this final fight, and while you will eventually be able to grind it out, the fight was frustrating because of how the boss’ patterns seemed to be based on luck, making it difficult for you to learn from your own mistakes. The expansion’s very last showdown itself is a nightmare of a time challenge complete with confusing ink rails to top it all off. It’s one of those encounters where you’re forced to just keep dying until you eventually figure out the ‘right’ way to do it. At least there’s no CQ point penalty in these final stages, but that doesn’t make it any less annoying.

In case it wasn’t obvious enough already, the Octo Expansion is a very serious step up from the single-player campaign we got in vanilla Splatoon 2.

The good news is that Splatoon 2 does give you a bit of leeway when the going gets tough. After you’ve died on a challenge more than a couple of times, the game lets you call for help, and Pearl and Marina can help clear the challenge for you. Having said that, though, you can’t simply skip your way through the entire campaign. Replaying missions requires you to spend CQ points, and if you keep losing points and skipping stages, you’ll eventually run out of points and will be forced to clear a stage or two properly on your own. 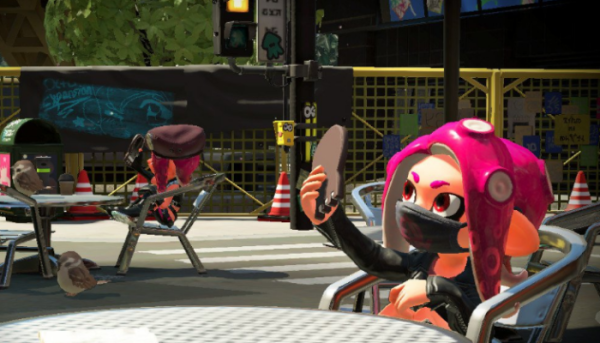 On the story side of things, the Octo Expansion also offers up tons of collectibles in the form of Mem Cakes, which give you bite-sized, almost haiku-style tidbits about the world of Inkopolis and its inhabitants. Mem Cakes can also be used to unlock gear for multiplayer, which should give players some incentive to try to complete everything. The NPCs continue to be charming, as witnessed in the banter between Cap’n Cuttlefish and C.Q. Cumber. There’s also a few rap battles to be had between Cuttlefish himself and Pearl, who communicates with us from up top via walkie-talkie, with Marina by her side. Over time, when I wasn’t busy getting my ass handed to me by the tougher levels, I even found myself getting a little invested in Agent 8’s story and the subway setting – something that’s never happened to me in all my time with the Splatoon series. The love and detail the developers have poured into building Splatoon’s lore and history is very evident here, and when you couple this with the well-designed puzzles and challenges, the Octo Expansion ends up being everything I wanted from Splatoon 2’s single-player campaign in the first place.

It was a pleasure to dive into the grungy underground subway world of the Octo Expansion. Whereas Inkopolis was a colorful and vibrant setting with beautifully contrasting ink splashes everywhere, the subway is decked out in neon colors set against largely gray tones. It’s a huge departure from the typical look of Splatoon 2, and it’s definitely a refreshing one. It’s also particularly interesting to see how the subway setting plays into the expansion’s story, especially when you consider the hellish stigma that the metro seems to have in Japan.

At the end of it all, the Octo Expansion’s take on tsukin jigoku and the idea of underground subway purgatory is written into both the story and gameplay. Agent 8’s memory loss feeds into the idea of the subway being a kind of limbo that’s stuck halfway between the “promised land” and the endless depths of Octarian challenges. And also, well, some of the missions in the Octo Expansion (not to mention the final boss) can be so grueling that just playing the DLC itself feels like you’re stepping into octopus hell. Despite all of that, the Octo Expansion is a solid add-on through and through. It delivers with a level of challenge fans have never seen in Splatoon, and the focus on the series’ lore and narrative makes me hopeful for a more fleshed out single-player campaign in future iterations. If the Octo Expansion’s subway was designed as an allegory for limbo and purgatory, it’s a damn good one, and I’d like more train rides like this one, please.