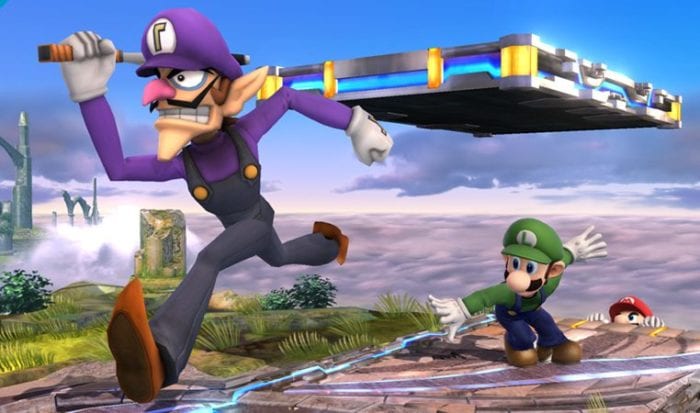 There’s a right way and a wrong way to deal with frustration. You can distract yourself with entertainment until you forget why you were frustrated, or you can channel your anger into a constructive force and draw fan art or write fan fiction. But harassing someone on his or her social media is never, ever the right way to go about things.

News has dropped on ResetEra (thanks to Twitter user Wonder Havoc) that several nameless Waluigi fans have started harassing game director Masahiro Sakurai because Waluigi won’t be playable in Super Smash Bros. Ultimate. I don’t mean these fans have started spamming Sakurai with Twitter messages of “Y U NO INCLUDE WALUIGI?!;” I mean these people have posted messages that are downright offensive. I’m talking about images with Sakurai’s head poorly photoshopped over Hitler’s body and crudely placing Waluigi’s head over the World Trade Centers during the 9/11 attack. I did not even link these images they’re in such bad taste. And Sakurai has responded by blocking these people. Because responding would only encourage them.

I will be the first to admit that I lost it when Ridley was announced for Super Smash Bros. Ultimate. For years I was part of the “Ridley for Smash” crowd, and I was positively ecstatic when Nintendo’s E3 presentation ended with the long-awaited Ridley reveal. But Ridley wasn’t the only character fans have been clamoring for. A significant portion of Smash players, myself included, have wanted Waluigi to be playable in Super Smash Bros. ever since Wario was introduced in Super Smash Bros. Brawl. Many players were disappointed when Waluigi was not revealed alongside Ridley and Daisy, but most didn’t stoop so low they thought harassing Sakurai was a good idea. Some grumbled, and more than a few jumped onto the “Sakurai wants to make us think Waluigi isn’t playable and plans to blindside us with a surprise playable Waluigi announcement” theory bandwagon. But what these harassers have done is despicable.

We can only hope other gamers learn from the mistakes of the Twitter users who made these disgusting images. Heck, we downright need the harassment to stop. If it continues, we could very well kiss our chances of ever seeing Waluigi as a playable character in Smash goodbye, or worse, say goodbye to Sakurai’s social media. He would hardly be the first person to delete his or her Twitter account over rampant harassment.