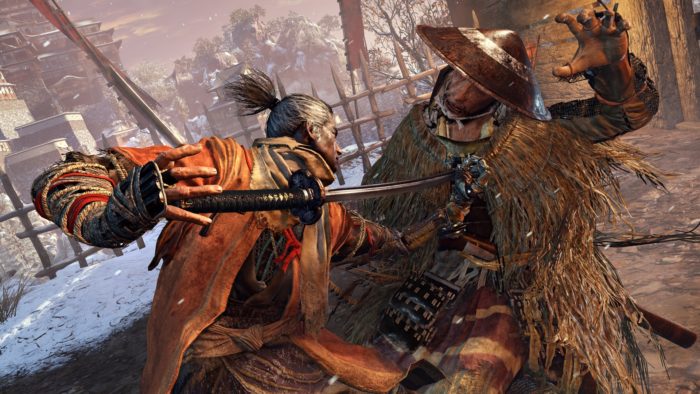 One of the biggest announcements of Microsoft’s E3 conference was From Software’s new game, Sekiro: Shadows Die Twice. Twinfinite recently had an interview and off-hands demo for Sekiro with Yasuhiro Kitao, promotion and marketing for From Software, and Robert Conkey, a producer at Activision. During our time, we found out that Sekiro might not be quite what Dark Souls fans are expecting, as it seems to be shaping up as a very different experience from recent titles. FromSoftware is going for a much different experience, doubling-down on single-player and creating a defined character, while also not featuring any multiplayer aspects.

Kitao said “In this title, they made the decision to go with a single character, and in addition, they’ve decided to focus specifically on the single player experience of this game, so they’re not planning on multiplayer.”

Kitao stressed multiple times that this is a single-player experience, and FromSoftware really wants to test what they can do by doubling down, and trying something different. He went on to say, “There’s a few reasons why they decided to do that. One is that the way you can design a game that is tailored to multiplayer vs one designed for single player, is very different. So they’re really interested in seeing where they could take the single player if they decided to do that. Additionally, it allows them to tell the story in a different way than they have in the past. Not saying that the story isn’t going to be a From Software story, but it allows them some things and they have a main character with a back story, who is a part of the world he is in, maybe more than previous games.”

Sekiro currently doesn’t have any release date or window, but it will be releasing on PS4, Xbox One, and PC. If you happened to miss the reveal trailer for the game you can take a look at it here. Make sure to also check out our E3 preview on the game.