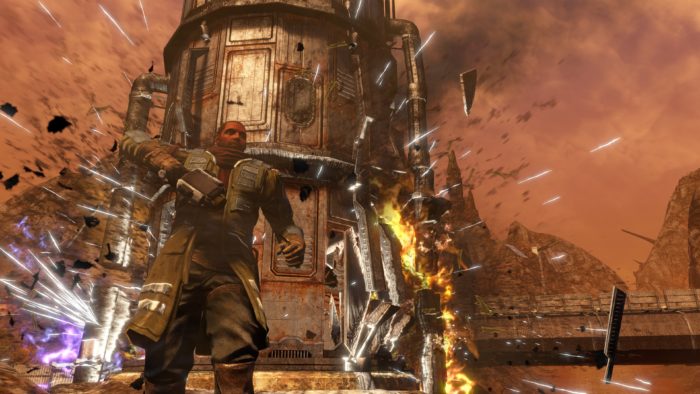 As we previously reported, Red Faction: Guerrilla is getting a “Re-Mars-tered” edition, which has been scheduled for a summer release. Next month, you’ll get 60 FPS for consoles, a free PC copy for anyone who owns the original game, and augmented visuals. It’s been quite some time since we’ve heard from the Red Faction series, so this is great news.

The game will also feature 4K native support on 4K, as well as reworked textures and maps. It’ll be close in scope to the original classic edition otherwise, with the same storyline and destructible environments that made it such a hit with players in the first place whe it first came out.

Here are the specs Red Faction: Guerrilla Re-Mars-tered Edition will bring with it when it debuts this July.

There’s an abundance of open-world guerrilla warfare, plenty to destroy and leverage for your own use, and emergent gameplay that requires you to always be thinking on your toes. There’s also multiplayer combat available if that sounds like something you’d like to spend a Friday night doing.

If you already have it on PC and don’t want to pay to upgrade, you don’t have to. As long as you have a copy of Red Faction: Guerrilla on Steam, you’ll get an automatic upgrade to the new edition when the game arrives on July 3.