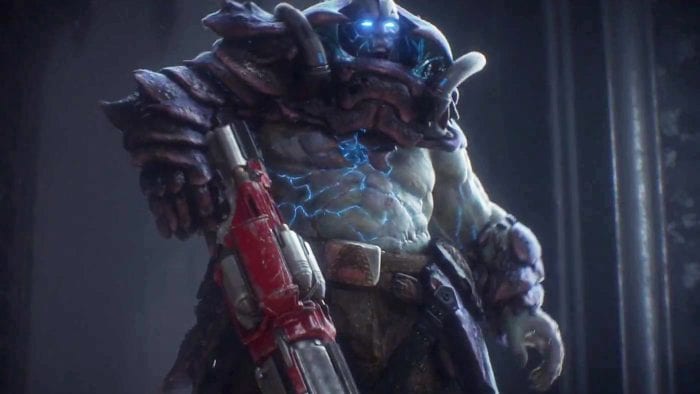 Bethesda declared its commitment to making Quake Champions “the fastest and most fun most fun multiplayer shooter ever” at its E3 2018 conference. A brand new trailer was showcased in tandem with a free trial announcement.

Quake Champions is a PC-only class-based arena shooter that’s still in Early Access, though that Early Access package typically costs $30. This week, however, everyone can sample the game free of charge June 10-17. Better yet, it’s free forever if you download it during this E3 week. If you can find anyone to play it with you, it’s absolutely worth jumping in and enjoying, especially if you like twitch-based shooters with lots of cosmetic options and other cool additions that change up gameplay, like additional weapons and arenas to shoot your enemies in.

The trailer showcased the game’s different champions and their various skills, as well as plenty of scintillating FPS action complete with explosions and gore.

Champions is the first game in the series since Quake 4 way back in 2005, and while we haven’t yet gotten a new Quake entry just yet, we’re all waiting with bated breath for a new entry. A single-player Quake would be fantastic news for everyone.