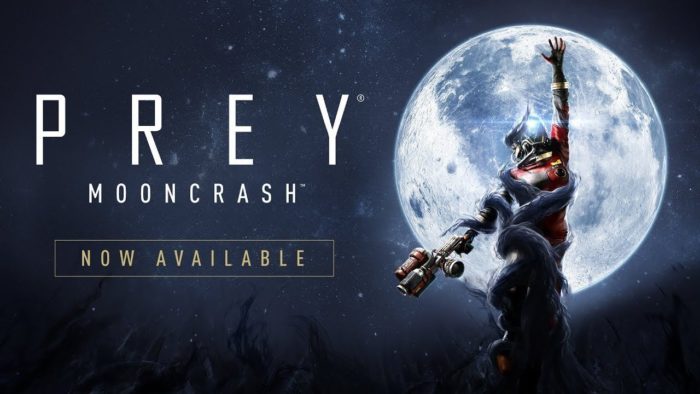 Tonight, at the BE3 Showcase, Bethesda announced a whole set of free and paid content for Prey. The DLC content pack, titled Mooncrash, brings player character Morgan Yu to The Moon. This content has been teased for awhile, with hidden teasers and achievements being added to the game as far back as mid-march.

The free content and available now, and introduces new game modes to play, including a survival mode. The DLC pack is also available right now, and you can check out the trailer below.

What exactly Morgan is doing on the Moon, and what this have to do with the Typhons from the Talos I station are unknown.

Later this summer, Prey is also introducing a new game mode called Typhon Hunter. The gameplay is similar to that of the popular Garry’s Mod game mode Prop Hunt, where players hide as every day objects while hunters attempt to discover and kill their opponents. The game mode appears to have a different style, and statements by the developers make it sound as if the Typhon players may be able to fight back against the lone Hunter.

Typhon Hunt is also going to be available in Virtual Reality, along with a new VR game mode where you solve puzzles as Talos I crew members.