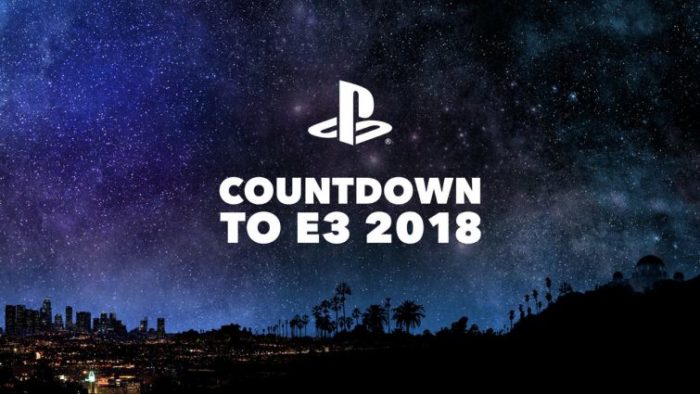 A new PlayStation Blog post was recently posted that teased game announcements and release dates as the company’s countdown to E3 begins.

According to the post, the “main course will be served” at the PlayStation E3 2018 Showcase, which starts Monday, June 11, at 6:00 p.m. Pacific. We already know what’s coming to their E3 conference this year: Spider-Man, Ghost of Tsushima, Death Stranding and The Last of Us Part II, as well as some third-party announcements. What we didn’t know, though, was that PlayStation would be preparing some “tasty appetizers” to hold us over until then.

Starting Wednesday, June 6, at 8:00 a.m. Pacific, PlayStation will be going live on live.playstation.com, Twitch, YouTube and Facebook to begin the company’s E3 countdown. Each day leading up to the June 11 conference, new games will be announced and updates will be made, starting with a new PS4 game announcement. According to the blog post, this game will have PSVR support as well.

On Thursday, June 7, at 8:00 a.m. Pacific, the PlayStation stream will feature a release date for an upcoming Worldwide Studios Title. The title in question could be a number of games: Dreams, Days Gone, The Last of Us Part II, Death Stranding or even Ghost of Tsushima. It could be something else, but these games are the ones most likely to fall under the blanket of “upcoming Worldwide Studios Title,” although for all we know, some of these games could be years away.  Because The Last of Us Part II, Death Stranding and Ghost of Tsushima are set to get the spotlight during the actual E3 conference, it seems unlikely their release date will be announced during this Thursday stream. Release dates for those games would likely make appearances during the E3 conference, if they were to be announced at all.

There were no other details surrounding what this game could be, but a game commonly found at the top of PSVR owners’ wish list is Fallout 4 VR. We’ll find out Sunday if those wishes will be fulfilled.