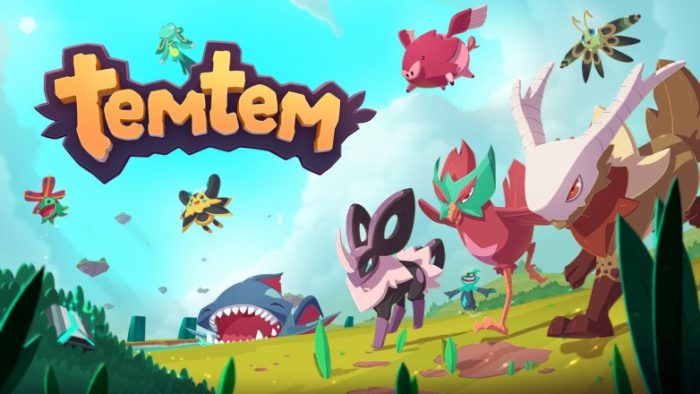 Do you want to be a master of Pokemon? Do you have the skills to be number one? More importantly, do you have the right console? While Pokemon will likely never be playable on a non-Nintendo console (mobile games like Pokemon GO notwithstanding), one indie developer is trying to bring the Pokemon experience over to PC, PlayStation 4, and Xbox One. Well, within the limits of copyright, that is.

Introducing Temtem, a “massively multiplayer creature-collection adventure” developed by Crema, the studio behind the rogue-lite FPS Immortal Redneck. As I already stated, Temtem is basically Pokemon in everything but name. Temtem has wild creatures to capture, Gym…sorry, Dojo…Leaders to defeat, and player-controlled trainers to battle and trade with. The game will feature plenty of unique monsters with elemental strengths and weaknesses, evolutions, and so on. It’s the closest you can legally get to Pokemon.

Originally, Temtem was going to be exclusive to the PC, but thanks to stretch goals, the game will release on different consoles. While the Nintendo Switch version was revealed earlier this month (expect things to get a little awkward when the next Pokemon game comes to the Switch), Crema just announced the Xbox One and PlayStation 4 versions of Temtem, which is a godsend for gamers who always wanted a Pokemon-like game on those consoles. Of course, since Temtem is massively multiplayer, it will require constant internet connection and an Xbox Live or PSN Plus subscription. But, on the bright side, the game will feature cross-play and cross-save, which means Temtem tamers on the PC will be able to play alongside tamers on the Xbox One and Nintendo Switch. And yes, once again PlayStation 4 owners will miss out on this glorious feature.

The Temtem Kickstarter campaign will run for another six days, so if you want to help back this game, there’s still time. Pledge rewards start as low as $20 ($30 for gamers who want a console code instead of a Steam code) and go as high as $6,000 for future tamers who want to design their own Poke…ahem, Temtem. The game is scheduled to release around September 2019 for the PC, Xbox One, PlayStation 4, and Nintendo Switch.