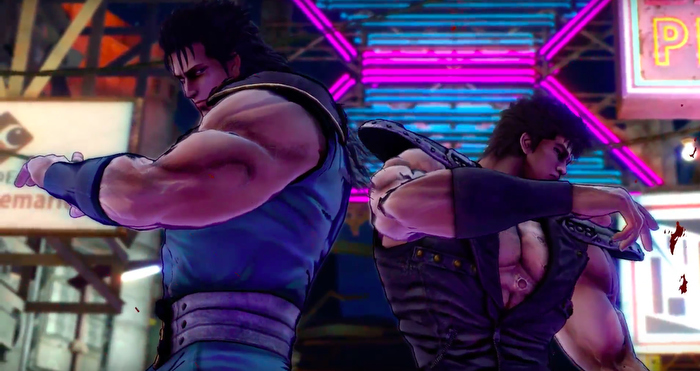 Fans’ minds are already blown, or at least they will be after watching the North American reveal trailer for Fist of the North Star: Lost Paradise.

Streamed by Sega through their official YouTube, the trailer offers a glimpse of the story, characters and balls-to-the-wall action that the game, based on the classic manga and anime, will have to offer. As the wandering warrior Kenshiro, players will take on a wasteland full of degenerate raiders, massive super humans and warrior kings gifted with supernatural abilities on par with their own. This also means the game is a pretty gory affair, with blood, limbs and bodies flying in any given direction as the action unfolds.

The title also boasts the same engine and gameplay framework as the Yakuza franchise’s titles, resulting in combat full of variety and flavor for even the most discerning action fan. Much like Kiryu, Kenshiro can grapple, batter and bruise enemies in a variety of ways, and can interact with the environment to engage in combat feats of unrivaled insanity.

The trailer ends with the reveal that the title is headed to North America on Oct. 2, 2018 on PlayStation 4. The full teaser can be viewed down below.

For more on Sega’s upcoming announcements and reveals, check out their list of E3 demos and teases.