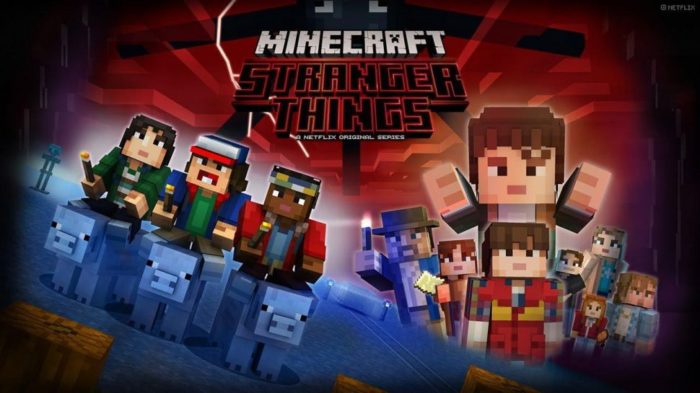 Netflix and Telltale Games have gone in together on a deal, according to an exclusive via TechRadar, that will enable Netflix to bring streaming games to its platform, in an interesting twist of events. Netflix has stated that a streamable version of Telltale’s Minecraft: Story mode will be coming to the service soon, offering a different, adapted version of the original game for viewers to watch and engage in later this year.

The game will be five parts, just like the original, but you’ll be able to stream it on Netflix. With that announcement, we’ve also learned that a new Telltale Games project based on Stranger Things is in the works right now as well, though it’s a separate project from Netflix’s plans for streaming. There’s currently no release window or anything like that right now, but the concept does certainly sound interesting.

As far as it how it might work, Netflix has directed folks to Amazon Fire TV’s platform, which has iterations of some of Telltale’s games available, many of which only require you to use a remote to interact with the game. The partnership has yet to be officially announced just yet, but there are playable demos out there in the ether, and we should be hearing more about this very soon, according to the company.

We’ll keep you updated as additional details arise on the situation, but for now it’s great news — especially to think that Telltale is currently at work on an upcoming Stranger Things project. We’ve all been hoping for that, for sure.