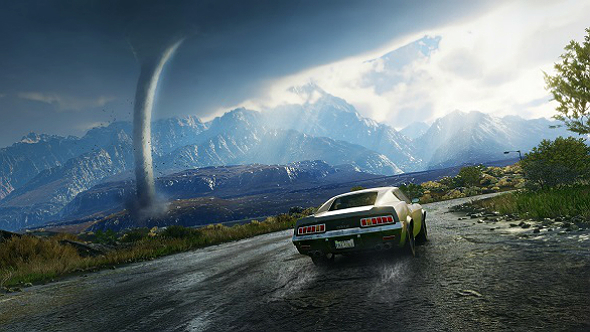 Solis itself appears to be a meteorological nightmare, with tornadoes showcased in the trailer. The country is split into several biomes, such as a desert area and a mountainous area, most likely each with their own unique extreme weather events. They showed off things like insane lightning storms, disastrous sand storms, and even horrible blizzards.

The game will be releasing on Dec. 4, 2018, and pits Rico Rodriguez up against a mysterious group known as The Black Hand. In the South American country of Solis, Rico will go up against them and their private army, described as the largest in the world.

The grappling hook has also been upgraded, with features such as booster rockets and an airlift feature. It was described as “highly customizable.”

Check out the trailer they released at the Microsoft Xbox Briefing down below!

Based on a tweet from developer Christofer Sundberg, it appears that Avalanche has been preparing for a multiplayer functionality. While we cannot say for certain if this will be coming to Just Cause 4, the feature is something fans have been asking for (and modding into PC versions) since the original game.