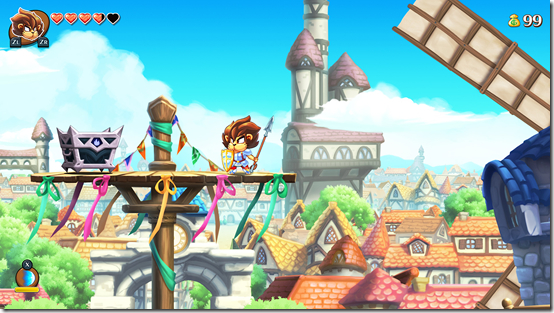 FDG Entertainment has released a new trailer for the Wonder Boy inspired platformer, Monster Boy and the Cursed Kingdom. The game is a spiritual successor to the Wonder boy in Monster World series, which originally thrived on the Sega Master System and Sega Genesis.

FDG has provided an overview of the game and had this to say about it:

Check out the gameplay for yourself in the below trailer:

Monster Boy and the Cursed Kingdom is planned for release in Summer of 2018, with a digital release planned for PS4, Switch, and PC, as well as a physical release for PS4 and Switch.