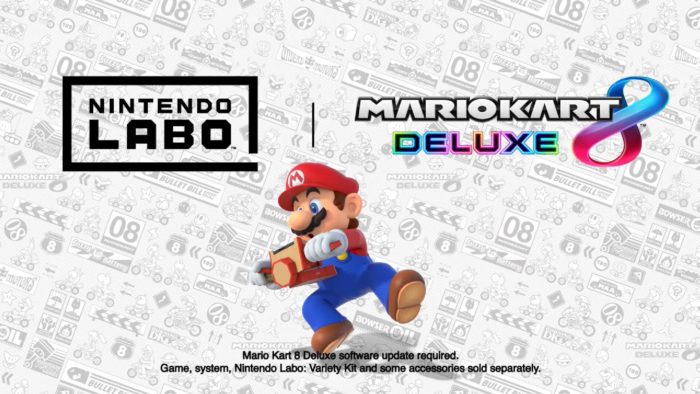 Mario Kart 8 Deluxe has just gotten an interesting new update, version 1.5, that lets fans play the game with the Nintendo Labo. If you have a Toy-Con Motorbike from the Variety Kit, you can zip through the streets using the cardboard as your controller. It’s worth noting that this is the first game outside of the Variety Kit software to utilize the Nintendo Labo, and the press release mentions that even more titles will support the Labo in the future.

Here’s the full list of changes in the Mario Kart 8 Deluxe update:

Mario Kart 8 Deluxe is available on the Nintendo Switch. Check out the video below to see how the Nintendo Labo works with the game:

Risk of Rain 2’s 1.0 Update is Now Available on Consoles