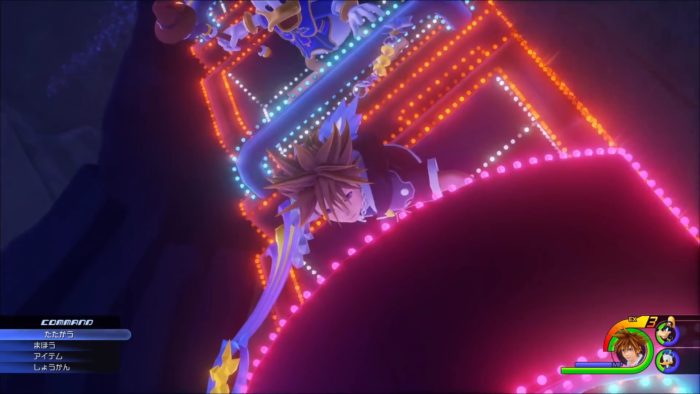 Kingdom Hearts III is ramping up to be another epic adventure filled with everyone’s favorite Disney characters. The franchise has become quite famous for including familiar faces such as Mickey Mouse, Hercules, Ariel, Aladdin, and all sorts of other charming characters. With its strong ties to the Disney franchise, it seems like the Kingdom Hearts III producer is interested in a collaborating with their amusement parks.

During a Q&A session in the Square Enix Annual Shareholders meeting, Shinji Hashimoto brought up the idea of a possible partnership (via Khinsider):

“Q: I am a Kingdom Hearts fan. It’s unfortunate that the release of Kingdom Hearts III has been delayed until next year. Final Fantasy recently collaborated with Universal Studios Japan, but this [series] is a collaboration with Disney. After the 15th anniversary, it’s not just fans who will be buying [the games]. With news of Disney’s upcoming expansions [referring to the theme parks], is there a possibility for Kingdom Hearts to be included in some capacity?

Hashimoto: Thank you for your suggestion [on a global scale]. Since 1997, I’ve been overseeing the Kingdom Hearts franchise. As a Japanese person, it’s been nothing short of a dream to be able to play something developed by a Japanese creator with Disney, especially the same Disney that owns such properties like Frozen and Star Wars.

Since Disney has an increasingly high regard for [Kingdom Hearts], I’d like to reach out to them and discuss this further. Sales inside Disneyland will certainly contribute to the growth of the customer base.”

As noted, the Final Fantasy series has previously teamed up with Universal Studios Japan earlier this year. That said, maybe a Kingdom Hearts III collaboration with Disneyland Japan may not seem so farfetched after all. Not to mention the fact that some of the rides from the amusement park are in the game.

Only time will tell if Square Enix and Disney push through with the idea, but it does seem like a pretty interesting one.  Tell us what rides from Kingdom Hearts III you’d like to see in the comments below.