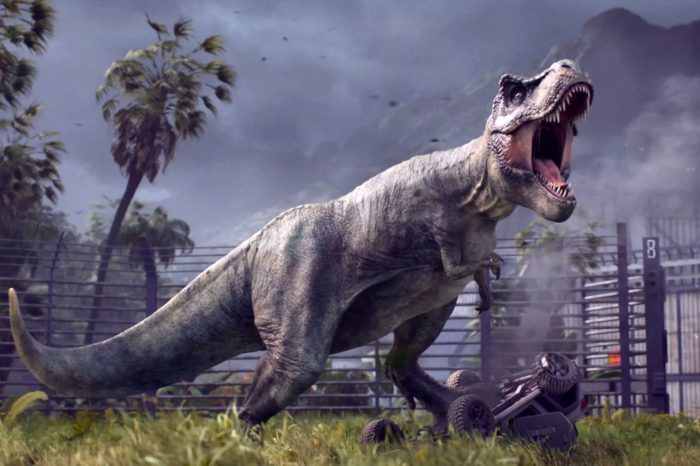 From the moment that John Hammond first gazed out over the rolling green hills, dotted with prehistoric beasts from an era long before our own, we too have dreamed of someday running our own Jurassic Park. Sure, it has been proven time and time again that it is an absolutely terrible idea, and the guests tend to die in horrible ways, but that hasn’t deterred anyone yet. And at last, we can try our own hand at tempting fate itself, thanks to Jurassic World Evolution, a park simulator that hearkens back to management games of our youth like SimZoo.

The stakes are a fair bit higher here, what with the volatility of the animals on show and the aforementioned track record of grisly deaths, but as long as you keep your wits about you, things just may work out alright. Besides, there’s no sign of Wayne Knight lurking about, ready to mess everything up with his brand of self-serving shenanigans.

But how does it stack up in the modern era, where management sims are flooding the market? Were Frontier Developments so preoccupied with whether or not they could, they didn’t stop to think if they should?

Your most immediate impression upon beginning a career in playing god is that Jurassic World Evolution is absolutely stunning. In most sims, you would only ever zoom in the camera for practical reasons, like trying to access a certain item or resource that you keep missing at a wider angle, but this game practically begs to be viewed up close. The lush jungle environment creates the perfect atmosphere for your dinosaurs to roam, and the first time you bring one to life and watch it take off across the fields towards a body of water, there is a gratifying feeling. Maybe you only experience this if you were a 90s kid who grew up idolizing everything dino-related, but it has a certain magic to it, at least on the first few occasions.

The basic premise here is fairly simple: build a park, populate it with enough majestic creatures to make it lucrative (referring to the tourists, of course), and when it has reached the necessary level of prestige, head off to the next island and start the cycle over again. As you progress, you will be able to add new species to your exhibits either by uncovering their fossils, or by accomplishing various missions and mandates, tinkering with their genetic code to create the perfect reptilian being. Then, you can flip them for a profit, revealing your true sinister intentions underneath it all.

There isn’t so much a narrative to direct you as you hop from island to island as much as a briefing, and it all culminates with the sandbox environment of Isla Nublar, where you’re free to construct as you please. The loading screens and banter between the characters pepper you with little hints of a background for each location along the way, but never unleash a truth bomb that you’ll have to memorize later on. You’re here to work, really, not to delve into the lore, though Jurassic Park fans will get a kick out of the various references that crop up on occasion.

As you progress, you’ll no doubt want to fill your park with the biggest, meanest suckers on the block – occasionally adding some herbivores to act as a tasty snack – but if you aren’t careful, things can end in disaster, and you’ll be left watching on as the customers flee in terror from the clever girls who have managed to bust out of their enclosures. To compound this, the teams you have working under you each have their own agendas, and if you, for example, focus too much on the security or science missions, the entertainment division will feel less than entertained, and their performance will slip as they become more disgruntled.

These are the major aspects at play; a balancing act that reinforces the message conveyed throughout the franchise. That message, incidentally, is stop messing with mother nature, you power-hungry fools, but once you work out the mechanics, you can prevent things from going haywire with relative ease.

Therein lies the issue of Jurassic World Evolution’s lacking depth. You won’t end up making the same mistakes twice, and there aren’t enough extraneous factors to really test your multitasking skills, at least not by the standards set by more brutal management sims. The islands each come with their own set of complications, but they look just like one another, and won’t really switch up your park building strategies too heavily. Lots of storms? Build extra fences. Crappy park in the red? Demolish the buildings you don’t need. Presto, you’ve saved the business!

Dinosaur customization is a nice touch, particularly when they face off against one another, ripping into each other mercilessly in the world’s oldest equivalent to cockfighting. But the micromanagement is shoehorned in, rather than feeling organic, with missions requesting you to do such offbeat things as engineer overly aggressive dinosaurs. That sounds counter-intuitive, when really you’d think that on a professional level, you would rather keep your secret dino fighting operation on the down low. But you obey because that’s what they tell you to do, leaving you to shrug in indifference as the bloodthirsty beast begins to act out like a neglected teenager.

The voice acting features a selection of talent from the films, including Bryce Dallas Howard and BD Wong. Jeff Goldblum reprises his famous role as Dr. Ian Malcolm, which is a lot of fun, but dubious in actual quality. At times, he comes across more like someone trying to do a Jeff Goldblum impersonation, where in other places, he emphasizes words in odd ways that make the whole sentence sound obtuse. Anyone who has ever listened to his work as Verminous Skumm in the first few episodes of Captain Planet would know the risks that come with casting Goldblum as a voice actor – but ultimately, his inclusion is appreciated, if not always appropriate.

Put together, Jurassic World Evolution is not as strong as the sum of its parts. There are a lot of great ideas and functions, and at risk of repeating myself, I want to stress further that the dinosaurs are a thing of beauty, and deserve another mention. But once you get past the initial wonder and awe of birthing your own creatures, and fall victim to the grind of park management for the sake of it rather than the enjoyment, your interest begins to wane.

Despite this, I was surprised by just how easily I ended up sinking a significant amount of time into it. You can become engrossed in the simple things, even if it’s just taking photos or tearing around in a jeep like Johnny Knoxville on a three-day bender, and it is with these simple things that Jurassic World Evolution is at its best. It is by no means the finest simulator on the market, not nearly as tactical or precise as its competitors. But it has a whimsy to it all the same that makes it worth trying, at least for a while. You may get hooked, you may not. It’s no bigger a gamble than a park full of carnivores, and in the worst case scenario, far less messy.