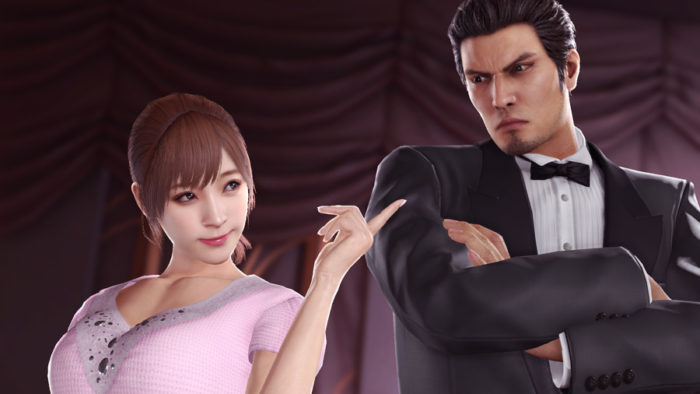 The Yakuza series has enjoyed tremendous popularity in the west as of late, with Yakuza 6: The Song of Life releasing earlier this year and now Yakuza 0 and Kiwami making their way to PC. Yakuza Kiwami 2 is the next big game to hit the west in August, and if you haven’t tried the series out at this point, you really need to get on it. We were able to go hands-on with Yakuza Kiwami 2 at E3 2018, and it seems like it’ll be yet another stellar remake.

Our time with the game was split into a few different parts: a short story section from the main game, another short section from Majima’s new story, and the first level of the enhanced clan creator. Kiwami 2 is built on the Dragon Engine, the new and improved engine introduced with Yakuza 6: The Song of Life. Right from the get-go, it’s clear that the studio has managed to improve things even more, fine-tuning the way animations and combat work. It should be said that this isn’t a huge overhaul, but more like some minor improvements upon what Yakuza 6 brought.

The demo gave us a little bit of time to watch some cutscenes from the story of Yakuza 2, as well as run around Sotenbori as Kiryu. Sotenbori, in particular, looks absolutely gorgeous with blazing neon lights, and a vibrant nightlife. The Dragon Engine is really working wonders for the secondary setting, and seamless loading means you can enter and exit buildings at will. Combat, on the other hand, functioned pretty similarly to Yakuza 6, but felt just a tad bit smoother and more refined. Kiwami 2, like the first Kiwami, stays faithful to the original, even playing cutscenes with the same camera angles and everything, all remade in the new engine. Yakuza has always had incredible facial animations, but Kiwami 2 really seems to be pumping up the animation quality even more.

One of the most welcome changes is the reintroduction of Pocket Weapons. In Yakuza 6 you could only pick up weapons that were near you in battle, but Kiwami 2 once again lets you carry your favorite weapons around and pull them out at any time in battle using the d-pad. Of course, the weapons do have limited usage and will need to be repaired, but it’s an option that was sorely missed in Yakuza 6. Heat Actions have also been expanded upon, allowing Kiryu to take more options in battle to inflict ridiculous attacks, dragging people across bar counters, slamming his fist into the face of a punk, and even using nearby friends for unique attacks.

The second half of our demo shed a little more light on what’s new in the remake, first letting us play a short story section as Majima. The story involves the foundation of Majima Construction, weaving Majima’s tale into the main story happening with Kiryu. Fans should be happy to know you do indeed get to play as Majima, and his combat style is even a bit different from what it was in Yakuza 0. He doesn’t have nearly as complex of a move set as Kiryu, but it’s a nice way to mix things up. Majima uses his deadly knife in battle which can rip through enemy’s guards and be used to deadly effect in Heat Actions.

Our last bit of time with the game let us play through the first mission of Yakuza Kiwami 2’s Clan Creator, which has undergone some drastic changes from Yakuza 6. This time around it’s much more of an RTS-style minigame, letting you bring a select set of “Hero” type characters that you can bring into battle, and command to move anywhere on the map. Our map had two different objectives to protect, and a Sega rep told us each map would have some kind of object or area to protect. Unlike Yakuza 6, each character doesn’t have their own unique skills, but instead you can assign four of their skills to the d-pad for use.

Waves of enemies spawn in and you’ll need to protect your objectives, but if one of your characters dies they can’t come back for the rest of that mission, leaving you at a critical disadvantage. Health and money spawn across the battlefield, and in all the minigame feels much more tactical and demanding than Yakuza 6’s version. Even though it was just the first mission, I experienced a fair amount of difficulty and needed to constantly keep shifting my characters and paying attention to who was in trouble. My initial impression is positive on Clan Creator, and it seems like it’ll be a much more engaging minigame this time around.

Yakuza Kiwami 2 holds all the polish, diversity, and quirkiness that previous entries in the series have had, and it provides a great opportunity for those who have been following the series for years, or for brand new fans. Yakuza 2 is widely considered to have one of the best stories of the series, and I personally believe it has the very best. Seeing that story retold in a gorgeous new way is reason enough to jump into Kiwami 2, but the new additions provide more than ample reason for fans to return. At the same time, its relatively self-contained story makes it a good entry point for anyone looking to get into Yakuza, or for those that jumped onboard with Yakuza 0 or the original Kiwami. No matter what, it’s shaping up to be another stellar entry in Sega’s quirkiest series.