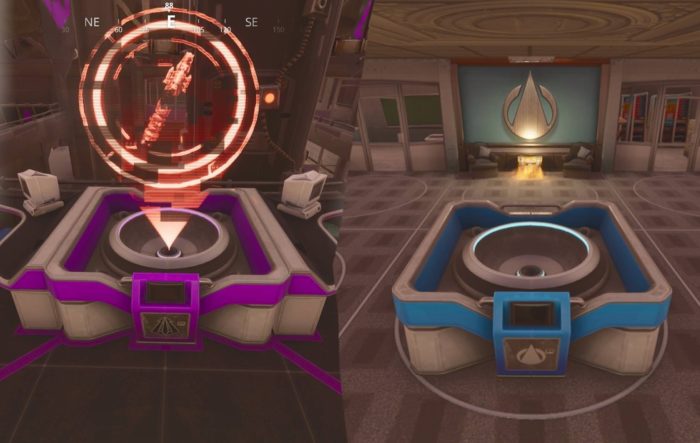 Fortnite is welcoming a host of changes into its fold, likely all references to the new Season 5 content coming around the corner. There’s a lot to keep track of, though, with things like countdown clocks that originally showed up in the Switch version, holograms, and plenty more weirdness to keep an eye on.

After TVs with countdown clocks on them appeared in the Switch version only, the countdown came and went and nothing happened in terms of new content being added to the game. Around then, however, the rest of the versions of the game on PlayStation 4, Xbox One, and more started showing a red skull with a similar look to the countdown on Switch. It looks like the very same one you can find on the side of the mountain near Snobby Shores, which is located by the villain lair. When you visit the Lair, you’ll see there’s a hologram there showing a missile hitting the map. It’s like the meteor debacle all over again!

The new patch v4.4 has brought with it an update that also introduced the countdown clock, which fans seem to think is related to the Lairs around the map. Nothing is for certain just yet, but it certainly looks like Season 5 content is right around the corner, especially since Epic Games has utilized in-game televisions and broadcast warnings in the past to convey new information about impending updates and things appearing in the game. We’ll have to wait a bit to see what ends up happening as the countdown clock ticks away, but we’ll make sure we keep you posted, whatever the case may be. Say what you want about Fortnite, but Epic Games sure knows how to keep all of us in suspense.